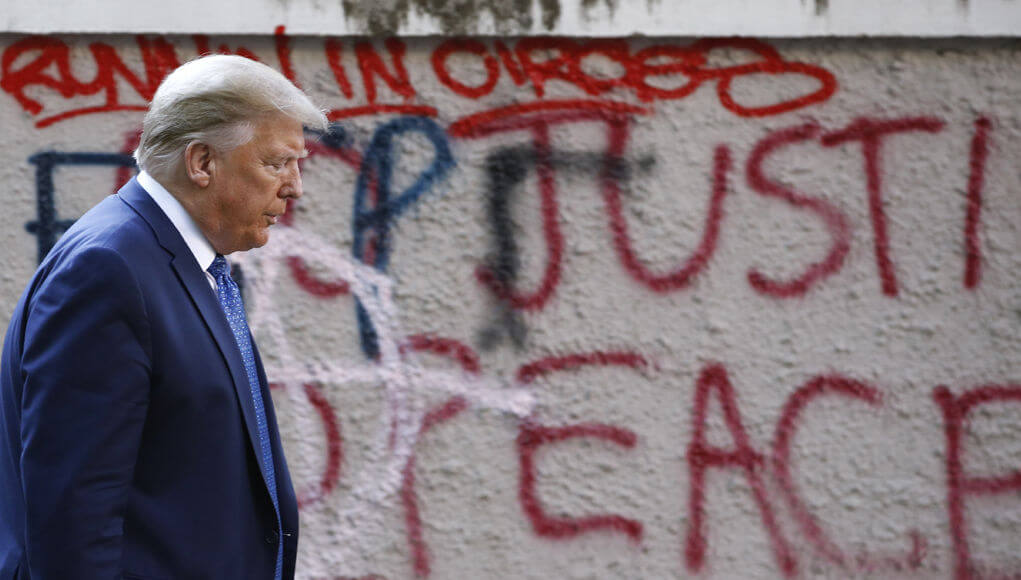 United States President Donald Trump gave a speech after the riots that occurred this Monday in front of the White House, amid new protests for the crime of George Floyd. At the country level, looting and acts of violence multiplied in the last hours and forced several cities to enact a curfew.

“But in recent days, our nation has been gripped by professional anarchists, violent mobs, arsonists, looters, criminals, rioters, Antifa, and others.  A number of state and local governments have failed to take necessary action to safeguard their residence.  Innocent people have been savagely beaten, like the young man in Dallas, Texas, who was left dying on the street, or the woman in Upstate New York viciously attacked by dangerous thugs,” President Donald Trump said.

“America needs creation, not destruction; cooperation, not contempt; security, not anarchy; healing, not hatred; justice, not chaos.  This is our mission, and we will succeed.  One hundred percent, we will succeed.  Our country always wins. That is why I am taking immediate presidential action to stop the violence and restore security and safety in America,” Trump added.

“First, we are ending the riots and lawlessness that has spread throughout our country.  We will end it now.  Today, I have strongly recommended to every governor to deploy the National Guard in sufficient numbers that we dominate the streets.  Mayors and governors must establish an overwhelming law enforcement presence until the violence has been quelled,” Trump said.

I am also taking swift and decisive action to protect our great capital, Washington, D.C.  What happened in this city last night was a total disgrace.  As we speak, I am dispatching thousands and thousands of heavily armed soldiers, military personnel, and law enforcement officers to stop the rioting, looting, vandalism, assaults, and the wanton destruction of property, ” President Trump added.

Trump said that he wants the organizers of this terror to notice that they face severe military charges and long prison terms.