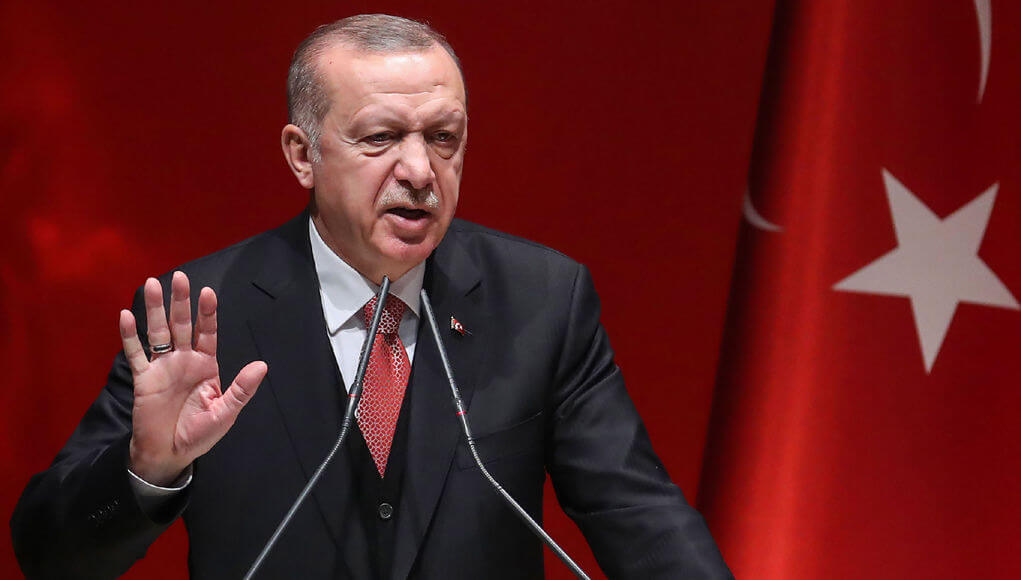 The head of the Greek Ministry of Defense, Nikos Panagiotopoulos, speaking of his country’s readiness to protect its sovereign rights, did not rule out the possibility of a conflict with Turkey. Because of what the two neighboring countries that are members of the North Atlantic Alliance, NATO, compete with and how high the likelihood of a military clash between Athens and Ankara is, the expert shared his opinion.

Relations between Greece and Turkey can hardly be called “warm.” Historically, these countries had many contradictions, mutual claims, and grievances. The situation has not changed much after they joined NATO.

Despite the fact that countries are now formally considered allies, this does not prevent them from sharply competing and even sometimes being on the verge of a real war. This is due to the fact that Recep Tayyip Erdogan officially announced that Turkey is not going to stop the exploration and drilling of oil in waters that are considered Greek in Athens.

This year, among other shocks, relations between Greece and Turkey have reached their worst point in recent decades. It all started with the fact that in the spring the Turkish side released tens of thousands of refugees towards Greece. Then it ended with numerous skirmishes at the border, where often armed migrants tried to break into the EU. To solve these problems, the Greek side even had to send an army to the war zone.

However, skirmishes with migrants weren’t limited. A few days ago, Turkey went on a sharp aggravation of relations with Greece. On May 29, on the anniversary of the Ottoman victory of Constantinople on the historic Hagia Sophia Cathedral, which was converted to a museum, they read the Surah Al-Fatah(the victory) of the Qur’an.

Official Athens immediately reacted to this, saying that such an event challenges the feelings of all Christians around the world. The reason for the Greek anger is understandable – according to the official version, during the capture of Constantinople, the Ottoman warriors staged a massacre right in the main temple of the city, where those who could not hide were taking refuge. According to legend, so much blood was shed then that it flooded the temple.

Ethnically, those killed were Greeks, and in the history of Greece, the fall of Constantinople is an unhealed scar. Therefore, marking an important date for Turkey, flavored with Muslim worship in the temple, which since the time of Mustafa Kemal Atatürk has been a museum, could not but provoke an angry reaction from the Greek government. The Greeks reminded Erdogan that Hagia Sophia had become a museum for almost 100 years. In response to this, the Turkish President literally a week later suggested considering the issue of returning the status of a mosque to the museum – and this despite the fact that in 2018 the Turkish Supreme Court recognized this as “impossible”.

Over the past week, another provocation has occurred, which has already quite heated relations between the Turkish and Greek sides. Ankara began to issue patents for oil production near the Greek islands. According to international law, these oil-bearing shelves are in the possession of Greece, however, the Turkish side is ready to challenge this both de jure and de facto, simply by extracting oil in foreign territorial waters.

In response to such a provocation, the Greek Minister of Defense Nikos Panagiotopoulos said that Greece was ready to take any action to protect its sovereignty and its rights. He stressed that Greece considers Turkish attempts to extract oil on the Greek continental shelf a provocation. The minister also noted separately that Ankara has recently been aggressive, and emphasized that the Greek side is ready to give a “worthy response to the claims of Turkey.” To the direct question, is Greece ready, if necessary, to resolve the controversial situation by military means, Nikos Panagiotopoulos answered “Exactly!”

How real are the threats of the great war? MK? Said the president of the Association of Euro-Atlantic cooperation, deputy director of the INION RAS Tatyana Parkhalina.

“Turkey and Greece have historically been linked by a complicated relationship. The problem of Cyprus has not yet been resolved. Erdogan has for some time shown himself to be such an “enfant terrible” of the North Atlantic Alliance. But still do not forget that both of these countries are members of NATO.

And the leadership of this union is trying to somehow level out the contradictions between its members. But again, the situation is exacerbated by the economic crisis and the difficult sanitary and epidemiological situation associated with the coronavirus pandemic.

As an expert, I do not think that everything will come to an armed conflict. But we objectively observe a serious aggravation of relations between Greece and Turkey. True, it is worth noting that we have observed such exacerbations over the past decades more than once. First of all, both parties are concerned about the “splinter” in the form of Cyprus.

Erdogan scandalized the shelf for several purposes. Firstly, to show your influence and your significance. Moreover, this is in the spirit of his policy of recent months – he is aggravating on various issues. And secondly, in the conditions of the most acute economic crisis, he considers the shelf as an economic advantage, for the sake of which it is worth going to aggravate.

Regarding the likelihood of a conflict, I would like to think that there will be some preventive measures, for example, consultations within the framework of the North Atlantic Alliance. But you should not forget how Erdogan behaves in recent months. Turkish President is aggravating. Perhaps this is his tactic; he raises bets to lower them later. But I hope that it will not come to a serious military confrontation.”

The Netherlands supports the ban on the entry of Russian tourists...