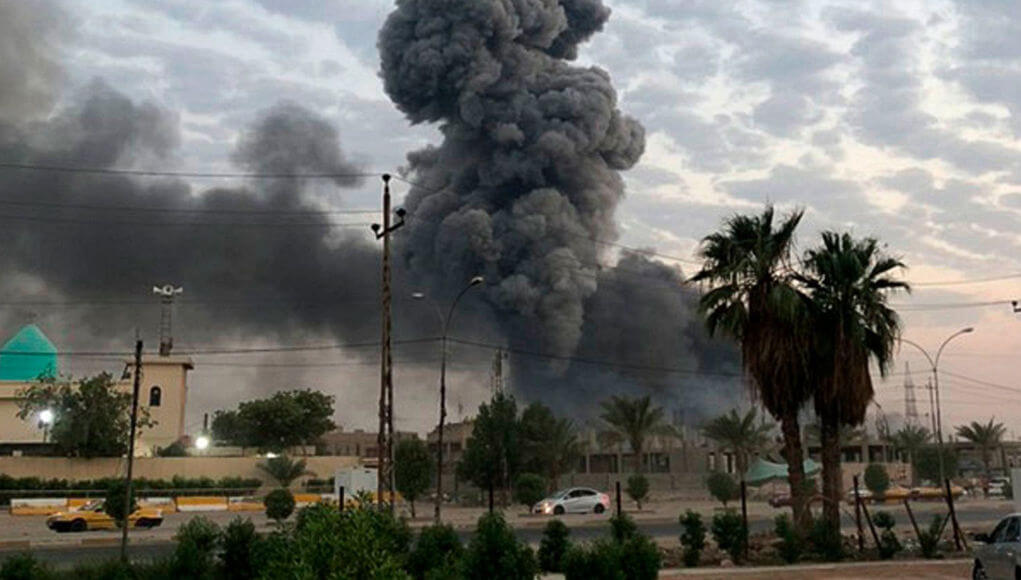 Syrian Observatory for Human Rights stated that, on Saturday night, unidentified drones attacked targets of pro-Iranian groups at a base in the eastern suburb of Deir Ezzor in Syria, killing 12 people.

According to exclusive information to The Eastern Herald, 23 Iraqi and Afghan people were killed in Syria, and many vehicles and ammunition were destroyed.

It is reported that three days ago reinforcements from the same militia arrived in the area. The Syrian Observatory for Human Rights indicated that about 30 vehicles carrying military and logistical equipment, including fighters, arrived at the base in the city of Al-Mayadeen, east of Deir Ezzor, on June 3.

For its part, the official “Sanaa” news agency reported, the last Thursday, that “at least nine fighters pro-Bashar al-Assad, Syrian President regime of were killed in an airstrike carried out by the Israeli Air Force in western Syria.”