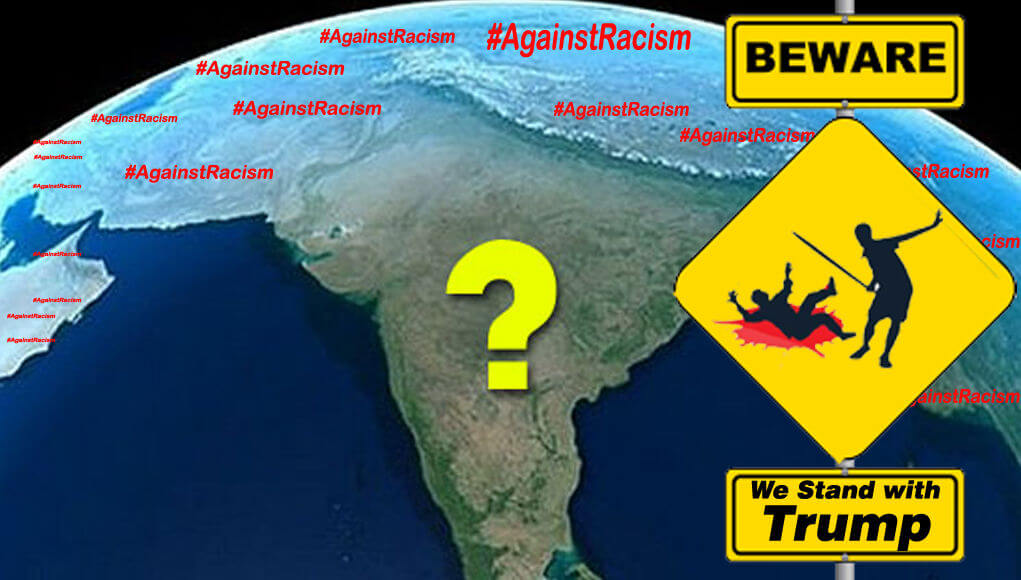 With the phrase ” I can’t breathe ” as a motto, pronounced by George Floyd when he died at the hands of the police in the United States, Thousands of people around the world began to challenge the coronavirus pandemic this Saturday to demonstrate against social inequalities and police brutality.

From Sydney to London to Paris or Montreal, demonstrations are planned this weekend in honor of this black man who was suffocated by a white police officer on May 25 in Minneapolis.

His death sparked a historic protest movement that crossed the borders of his country and revived aspirations for change.

In Australia, the country that first protested outside the United States, tens of thousands of people demonstrated this Saturday with “I can’t breathe” banners. This is a reference to what Floyd said, whose neck was obstructed for almost nine minutes by the knee of the policeman who arrested him for a misdemeanor.

According to the organizers of the demonstration in Australia, who are not afraid of the government’s call to stay home due to the health crisis, the case has echoes in their country. Thus, they explained that they want to denounce the high rate of incarceration among the aborigines, as well as the deceased members (more than 400 in the last 30 years) of this community when they were in the hands of the police.

In Sydney, the demonstration was authorized a few minutes before it began due to a court decision that overturned an earlier ban. ” The fact that they tried to avoid the demonstration makes people want to do it even more,” said Jumikah Donovan, one of the protesters.

Many wore protective masks and tried to respect the safety distance as best as possible.

In the UK, despite calls not to focus, a large march takes place before parliament in London and on Sunday it will be the turn of the United States embassy.

“I understand why people are deeply affected but we are still facing a health crisis and the coronavirus remains a real threat,” Health Minister Matt Hancock said on Friday.

“So please, for the safety of your family members, do not participate in large crowds, such as the protests of more than six people,” he added.

Several protests have been organized in the British capital for a week, sometimes marked by incidents with the police. They brought back the anger of black people against “camouflaged racism” and “abuse” of the police in their country.

In France, allegations of police violence in recent years also came to the fore, echoing global outrage at Floyd’s death. Demonstrations against police violence were called in Paris this Saturday to ” amplify the international solidarity movement against impunity for the forces of order “, but they were prohibited due to the health crisis.

A demonstration is planned in front of the American embassy, ​​in the heart of the French capital and in the Elysee palace neighborhood. The other is planned on the Champ de Mars.

These calls to demonstrate ” were launched on social networks (…) without any prior statement to the police prefecture, ” the prefect of Paris said in a statement. He also recalled that the current state of emergency in France prohibits meetings of more than ten people in public space.

On Tuesday, however, a banned rally in Paris brought together at least 20,000 people, called by the committee to support the family of Adama Traoré, a young black man who died in 2016 near Paris after being detained by police.

Tokyo and Seoul joined the protests

Hundreds of people marched peacefully on the streets of Tokyo and Seoul to protest racism. In the Japanese capital, about 500 people of various nationalities marched and demonstrated peacefully in front of the central Shibuya station, according to the Kyodo agency.

In addition to condemning police action in the Floyd case, the group also protested the excessive force used by the Tokyo police in arresting, for no apparent reason, on 22 May, a Turkish citizen of Kurdish origin residing for years in Japan.

In Seoul, a hundred people, several of them Americans, marched through the central Myeongdong neighborhood carrying messages with the slogan “Black lives matter”, which has led the protests in many parts of the United States.

The march was uneventful, the Yonhap agency reported.

Why not Anti-Racism protests in India?

Many media reports during the last few years indicate the inclination of India towards Trump and his policies. A series of protests in India are reported by different international media outlets against a new citizen act CAA which discriminates the individuals on religious grounds. The constitution of India is based upon secular principles and hence the amendment is not valid as told by many legal experts and lawyers in India.

Incidents of racism and religious discrimination are dramatically on the rise as compared to historical data through different non-profit organizations.

During a discussion with The Eastern Herald, Mr. Mukul Shindey said “we Indians are now very sensitive but only towards our own culture. We don’t care about the world or any other culture anymore.” Pointing the mob lynching incidents in India Mukul said, “Earlier India was seen as a prospering nation and as going to be a leader in the world country. But, now we only see negative news everywhere.”

“We should not focus on American politics. Our first priority should be India which, I think, is not now.”

Mainstream media outlets reported the incidents in a manner that make the protestors the anti-national elements.

Some of the right-wing politicians too were also alleged to be the main culprit behind the Delhi pogrom against the Muslim minority in India. Anurag Thakur, a member of the Indian parliament were alleged to be involved in the instigation of Anti-Muslim riots in New Delhi, the capital city of India.

Another famous politician, Kapil Sharma, is again a member of the same political wing Bhartiya Janata Party of India. Kapil raised a controversial statement by saying if Police can’t remove the protestors then their people will do it.

Some of the videos are found on youtube where police is using violence against protesting civilians.

There is another video where police in India entered a library inside a top university in the national capital and beat students.