Home News Finally a 4-year-old Palestinian girl who was shot in head by Israeli... 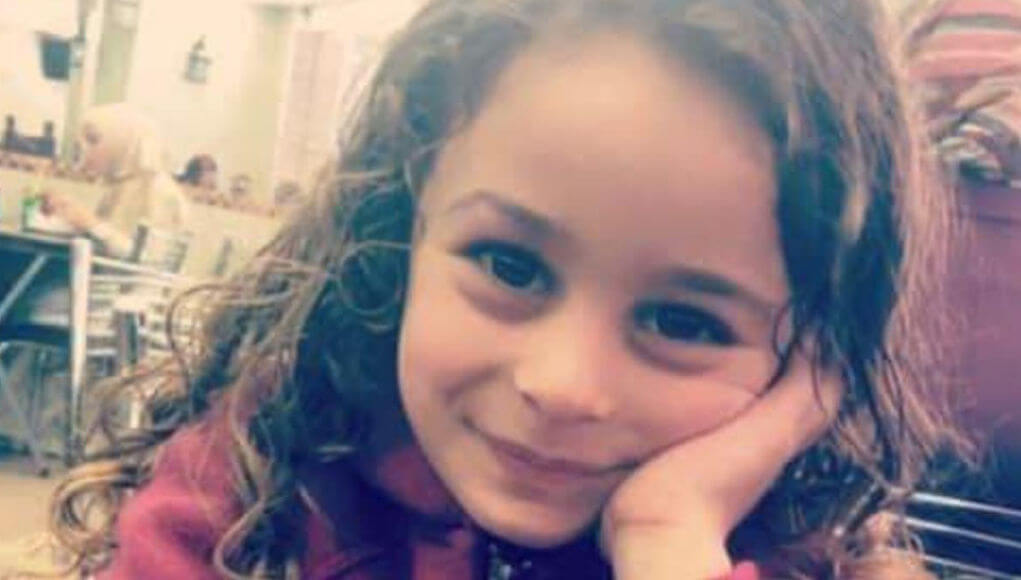 A four-year-old Palestinian girl who was shot in the head several days ago died at Hadassah University Hospital, according to a press release.

Police suspect that the shot that wounded Rafif Mohammed Karain was fired at the separation wall between Jerusalem and the West Bank on May 21.

Last week, Palestinian sources in Isawiyah said they doubted the line of investigation being carried out by the police, as the family lives near the center of the neighborhood, an area relatively far from the wall. Additionally, the Israeli residents said they did not hear a shot.

Karain was rushed to the hospital and treated by a team of neurosurgery experts in the Pediatric Intensive Care Unit, but the brain injury was “serious,” they later reported.

Her family says they initially thought the girl had been injured by falling. Only when they got to the hospital did they realize that he had been shot.

Palestinian sources said that this is not the first incident that our Palestinian children are murdered by the Israeli forces.

The Israeli propaganda against the murdered girl’s family around social media is widely spread that the girl’s father is involved in a family dispute, which led to the family moving to Isawiyah about a year ago. The family denied this rumor.

The death of the little girl generated a stir on social networks, from where they accuse the Israeli army of having carried out the fatal shot.