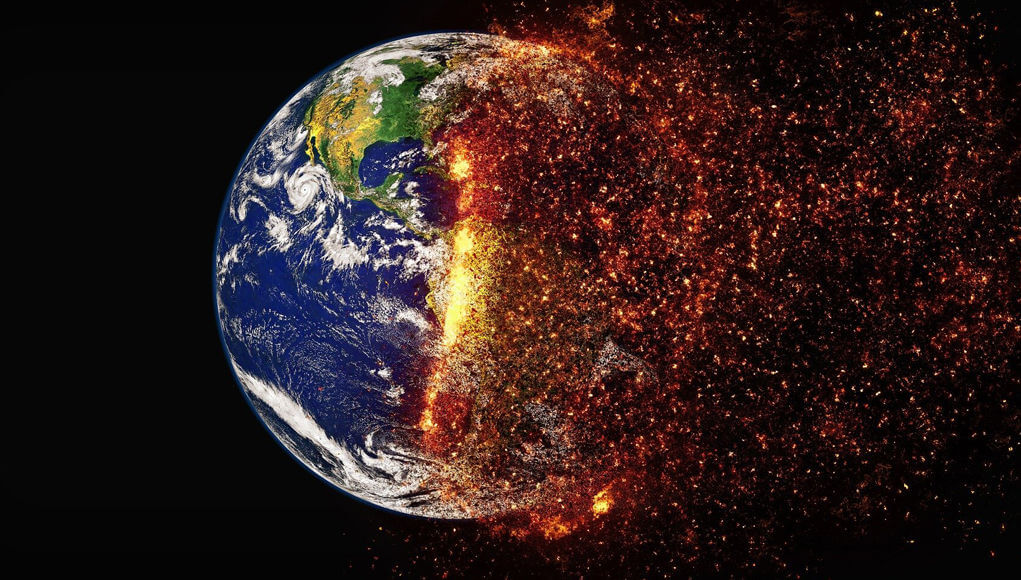 For decades humanity is undermining the power of nature by claiming to regenerate it through mere schemes. India stands on 77th in the sustainability index commissioned by WHO, UNICEF, and Lancet Medical journal, which ranks countries on excess carbon emission comparing 2030 goals, moreover the US, Australia, and Saudi Arabia are among the ten worst emitters.”More than 2 billion people live in countries where development is hampered, by humanitarian crises, conflicts, and natural disasters, problems increasingly linked with climate change,” said Minister Awa Coll-Seck from Senegal, Co-Chair of the commission. By looking in history, we can conclude that humans are dependent on nature. It is not the other way round. Sourced through which extra-ordinary creatures originate and die, through which we came and in which we would someday lie deceased. How can this supreme power depend on us mortals?

WHY STREAM OF HAVOC IS FLOODING?

Whenever humans get indulged in the cruel race of technology depriving the health of nature, nature always thrusts back unexpectedly. Thus, it is rightly said that “Every action has an equal and opposite reaction’. History is evidence, whenever miraculous nature struck rearwards prompted menace, took thousands or millions of lives, and destroyed each artifact or monument made by boastful greedy humans. Human intervention is making natural disasters worse. The climate changes are getting more intense with each passing year as all countries are striving towards more monstrous development. Humans action leads to heating up of the planet. Hurricanes get energy from warm ocean water, and the oceans are heating up. Warmer air can hold much more moisture leading to heavy rainfall and utmost flooding.

Amphan, deadliest of all the cyclones, India has experienced in its coastal region that caused widespread damage on the 20th of May 2020.

The storm is the 1st Super Cyclone that hit West Bengal ever since 1999. The initial report conveys the death of about 84 people, excluding the areas which are yet to get recognized due to destruction and blockage of National Highways, roads linking towns and villages.

Thousands of trees uprooted in Gail, electricity with telephone lines brought down hence about, 14 million people are initially living without power, that too means in remote areas they are not getting updates regarding Covid-19. The Amphan destroyed the Sundarbans Tiger Reserve fences, which separated human society from the wildlife. However, no report of misfortune has arrived yet. While the government has granted relief about transportation and meager migration, the storm left the migrant labor lives in disparity. Before the cyclone updates, Migrant labor lost his job and came all the way long from Maharashtra to West Bengal in the happiness of reuniting with his family. Although his contentment was short-lived, as the cyclone raced across the region, the unemployed had his house crumbled to pieces that were an inevitable impact of wind traveling with a speed of more than 185 km/h. Honorable Chief Minister of WB, Mamta Banerjee, too quoted regarding the after-effects of the cyclone,’I have witnessed the war-like situation today’. Studies indicate that natural disaster losses equate to up to 2% of Indian Gross Domestic Product (GDP) and up to 12% of Central government revenue. India, is exposed to 10% of entire tropical cyclones of the world. 13 coastal states/UTs are encompassing 84 coastal districts that are affected by blows. 40% of the total population lives within 100 km of coastline. If these cyclones visit India annually, why while providing land for accommodation to citizens, the fact of encountering these calamities was suppressed?.

Damage from these catastrophe cyclones is becoming increasingly expensive. In 2019 Tropical Cyclone Bulbul caused a total crash of $3.38 billion, and Amphan accounts for more than (2020 USD) $13.35 billion for the same. Often it is perceived that coastal areas have been experiencing frequent natural calamities since the last two decades.

Another serial impact, Nisarga, an unexpected cyclone raged on the corona-extensive state, Maharashtra. It was the most sturdy tropical cyclone Maharashtra encountered since 1891.

It affected approx 28000 lives in Pune and, many more areas are still under maintenance and discover as officials are unable to reach several regions due to the ruination force of a cyclone. Not just in India, but the whole world is facing a series of drastic natural impacts. If this is a curse by nature to humans, It is too the result of blight done by humans to the Mother Earth.

Amazon is the largest rainforest in the world, having an area of over 5.5 million hectares. It is so big that the UK and Ireland would fit into 17 times!. The rainforest contributes 20% of total Oxygen, which burnt for several days. Environmentalists say that 99% of the fire in the rainforest is a result of human actions. So, It had been in the case of Amazon. Fire to a large extent due to agricultural pattern of burning and clearance of land, which later is utilized for grazing by cattle. Mining or quarry too contributed towards the raging fire in amazon. It is also home to 10 percent of the world’s species and 40,000 plant species and around 3000 varieties of edible fruits, most of which would have turned to ashes.

Australia’s Bush Fire, More than 11 million hectares of bush, parks, forests turned to ashes due to wrathful fire. On the 9th of January 2020, after evaluation, a total of 25000 Koalas were dead in Kangaroo Island of South Australia. Moreover, tens of thousands of various forest species and cattle were stagnant in the fire. Although Australia always had blazed, this was an unusual hike in severity. Australia’s most deadly bushfire disaster was “Black Saturday” in February 2009, when some 180 people died in Victoria. This menace had been the result of climate change, which lead to drier and hotter or warmer conditions making a fire to perpetuate intensely and more frequently with each passing year. Fire in parts of Australia also had an impact on its neighboring country, New Zealand. The glaciers of New Zealand turned brown after being exposed to the smoke emitted by Aussie’s bush fire. Furthermore, Scientists approximate that this could cause the melting of glaciers up to 30%.

If we go through the ranking of countries based on per capita carbon emission, we will observe that developed countries are at the top, followed by developing countries and so on. Non-Renewable Resources (Fossil fuels – Coal, Petroleum, Natural gas, and more), are used for various purposes such as heating, manufacturing, transportation, electricity, and these factors one or the other way are associated, to the development of a country. Humans have invested their lot of time, effort, and money to obtain fossil fuel. The extraction of fossil fuels is comparatively easy. Moreover, a small amount of fuel can yield desirable outcomes. Their transportation is easy, looking at all these aspects, we can observe that human nature somewhere strives for easier-means to carry out any task. Although, this one side comfort is posing as a threat to “nature” and indirectly to us. Fossil Fuels emit a large number of pollutants, Carbon Dioxide, smoke. Carbon Dioxide is responsible for heating the planet hence, contributes to adverse climate change. Why can not, we choose an alternate way?

Be it hornet’s nest, Such an enormous power that brought us into this world can also crumble us in pieces. Why can we not carry out commercial tasks while keeping in mind, it does not harm the environment?. Use of Renewable resources (Solar Energy, Wing Energy, Hydro-electricity, and more) at a large scale could bring about sustainable development and robustness of nature. Sources that provide us with energy and can replenish are Renewable resources. Rankings as enclosed in Sustainable Index inform policy decisions on an international scale; the more comprehensive these rankings are, the better our chances of reducing emissions. Nations are working towards the reduction of carbon emission by setting their respective goals. If the right political, societal, and financial decisions, are made while being concerned about nature, it could change the past and current scenario of our environment. Nature that replenished itself just by non-intervention of humans while lockdown across the world, could do miracles. Technology equally appreciable for merits has put a veil over the suffocating nature.

These recurring natural disasters are knocking the humankind which has gone insane in the blind race of development.

We must learn from nature, “Nature does not hurry, yet everything is, accomplished’. This Coronavirus did not break our system, but it revealed to us to what extent our system is broke.

Disclaimer: The views and opinions expressed in this blog post are those of the authors and do not necessarily reflect the official policy or position of The Eastern Herald.
-Advertisement-

Amazon’s #Find _Life Campaign Celebrates Real People with Vignettes of their Experiences to Find Moments, Expression and Self