Home Government and Politics Ghana’s ruling party nominates the country’s president for the presidential elections in... Akofo Addo, 76, removed the former president from power in 2016 after winning the election with 53.8 percent of the vote, cementing Ghana’s gold and cocoa-producing reputation in West Africa as a prominent democracy in a region notorious for political instability.

In a statement on Saturday, the New Patriotic Party said that Akufo-Addo will contest the elections of next December 7, accompanied by Vice President Mahamudu Bawumia.

Mahama, 61, who was chosen by his NDP candidate, defeated Akufo-Addo in the 2012 presidential race. 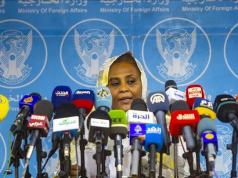