One fundamental fact about reorganizing the Millennium Development Goals (MDGs) into the Sustainable Development Goals (SDGs) 2030 was the obtrusive rural-urban disparities. The framers of the document believed in an exclusive philosophy of eradicating poverty and improve nutrition by stimulating sustainable agriculture and the human lifestyle. It involves a strategy of investment and cooperation in rehabilitating social infrastructure and technological extension for rural progressiveness in developing and particularly in the least developed economies. An attempt to deduce the argument within the boundaries of a developing country, the lesser developed regions within are the villages and transitional areas of a nation.

If we keenly observe, the clear picture of both development and disturbances is rightly depicted by improved city conditions in terms of development, the industrial set-ups, accessible health & education facilities, and improved standard of living. But the opposite side of the coin depicts socially and economically weaker regions with higher potentials known as ‘villages’ facing to meet challenges of daily livelihood, since pre-independence. However, the level of satisfaction and potential sustainability is usually encountered and recorded in the village settings away from the hyper-industrialization policies and influences.

When Henry David Thoreau, in his famous work Walden, emphasized, “Our life is frittered away by detail. Simplify, simplify,” it immediately gave us the complementary stream of simplicity and satisfaction about the restoration of self-sufficient or self-reliant living arrangements. Both Mahatma Gandhi and Jawaharlal Nehru were the visionaries of their time believing in the fact that diminishing poverty and unemployment by restructuring rural India would balance the unequal income distribution of wealth in the country.

According to the 2011 census, 68.84% of the population is residing in rural India and nearly 31.16% are urban dwellers with 6,00,000 villages and 7,935 towns, respectively. Agriculture plays a vital role in India’s economy; more than 15% of GDP comes from agriculture but generates employment opportunities over 50% in this sector. India should pay more attention to rural and agricultural development along with people-friendly primary health care systems, banking systems,  quality educational services, and physical connectivity.

Almost after nine-decade the deep-rooted sense of the notion from Gandhi’s work-Harijan “I would say that if the village perishes, India will perish too,” illustrates the significance of self-reliance rightly identified even during the pre-independence days. The idealized Gandhian approach of self-reliant villages mainly aims to promote decentralization, cottage industries, availability of health, employment, and education. Rabindranath Tagore accentuated active self-sufficient rural Bengal with ever-expanding technological boons for rural-urban areas.  With an independent socio-political and the economically stable institution would result in limited migration. Dr. APJ Abdul Kalam proposed a provision of transferring of urban amenities to rural regions called as ‘PURA’ fall within the action-oriented working policies to bridge the gap between human knowledge for rural empowerment.

The philosophy of rural prosperity has changed with the paradigm shift from core conservatism to liberal conservatism, justifying rural-urban agility. Self-reliance explicitly does not mean excelling the economic growth through neoliberal strategies spurring industrialization, but it comes from the high localization of every single community. The national and international governance should rely on ecological and environment-friendly rural agreements, much in action and lesser on mere documents.

North and South Korea have been focusing on utilizing alternative energy resources against fossil fuels to fight with energy shortage in rural regions. Indonesia was awarded the first position by EnDev in 2013, familiarizing the world with its ‘local community-based’ ‘community-owned off-grid’ micro hydropower supply for proper rural electrification and connectivity. A Malaysian community in the village Sabah set an example of providing 200 households a daily telecom & satellite services, refrigeration, and water pumping in ponds through mini-grid hydro-solar generation as an example for self-sufficiency.

An economical package of Rs 20 lakh crore was announced by Prime Minister Narendra Modi to curtail the COVID-19 crisis in the country. The package fundamentally focuses on 4Ls, Land, Labour, Liquidity, and Laws, where PM affirms its benefits to farmers, laborers, tax-payers, MSMEs, and cottage industries, reported by Indian Express. The package emphasized reforming efficient production and supply chains strengthening the local market, i.e., ”vocalizing the local community.’ The pandemic did facilitate in revising the five basic tenants of self-reliant India encircling economy, infrastructure, technological capacity, demography, and demand. The notion of ‘work from home’ and ‘online study’ seems plausible only for ITs and privileged metropolitan class leaving it invalid in operation for remote areas. The unprecedented pandemic and ineffective governance have deteriorated the conditions of the migrant workers and students, putting immense pressure on crippled rural India.

An action plan for AtmaNirbhar Bharat for potential rural sustainability.

Y.P Singh in his work ‘Indian Villages 2020. Vision And Mission: Strategies And Suggested Development Models’ emphasized how population explosion indeed is a challenge faced by the country, where the brain, capital, and labor is drained directly from rural to urban economies, thereby posing a threat of idleness of rural India. He has rightly argued on how individual transformation is equivalently significant as a complete social transformation constituting both urban and rural regions.

Mirroring a roadmap for smart villages, the government needs to establish it on three compelling grounds suggested in an essay by Brian Heap from the University of Cambridge:

Dhanora, the first smart village of Rajasthan state in India, enjoying almost all the amenities with beautiful housing infrastructure, layout styles, and walls of every house painted with a positive message, tagged open defecation free village with the provision of total sanitation facility in every house, well-connected sewerage network system, advance education facilities and sustainable environment helps to transform the village into a smart and prosperous one. The cleanest hamlet of Asia is Mawlynnong of Meghalaya, having small and narrow roads are apt examples of cleanliness with beautiful floral plantation. The local community efforts of banning the use of plastic have therefore made bamboo dustbin available in every corner of the village. It eventually constructed a sense of individual attitudinal transformation towards sustainability from children to older adults. Kerala has shown exemplary results in balancing the optimum usage of ICT in villages where Eraviperoor village provided a free-wifi facility reducing technological obstacles.

Sabina Alkire and James Foster’s Multidimensional Poverty Index (MPI) using ten different indicators on three broader bases education, health, and standard of living have considered poor nutrition as the significant multidimensional reason for growing poverty in India. The same report from Livemint considers Alirajpur in Madhya Pradesh to be the poorest district in following the same MPI index. But in contrast, the village of Baghuwar in this state has proved to function without a sarpanch stimulating successful local administration since the time of independence. Along with independent local administration, the village set exceptional lessons of 100% literacy rate, self-sufficient biogas energy for food & electricity, proper underground sewage system to vitalize sustainable environment among the inhabitants.

The stereotypical side of the philosophy of development falls within the quadrants of urban planning expansions. But the flexibility in philosophy would look beyond consummating the previously smart city proposals and regular rural dynamism. Rural communities and women labor are often deprived of active participatory democracy that deteriorates the quality of their social life. These smart village clusters and rural enterprises & entrepreneurs would act as a steward of rural employment. The starting point of achieving sustainable development goals would rely greater on village developmental activities as it constitutes a huge population of the country. The policy formulation should mainly focus on the bottom-up planning approach eradicating the challenges at the grass-root level. The greater dependence on cities has an adverse impact on population explosion, exploitation of natural resources, and environmental depletion. It out rightly projects an urgency of ‘migration controlling measures,’ thereby allowing the rural people to have accessible decent standard of work and living opportunities in their own habitat. 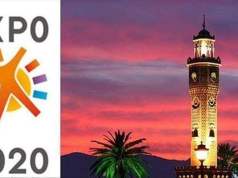