Chelsea faced 6th placed Wolverhampton on the final day of the season. Mason Mount scored a stunning freekick in the first-half injury time provided Chelsea with a lead.

Just after two Minutes, Olivier Giroud scored his 10th goal of the season to double the lead for Chelsea. With this defeat, wolves slipped to 7th position. Their chances of European football next season is almost shattered. The only way Wolves can qualify for the UEFA Europa League is if Chelsea wins the FA Cup final on 1st August.

In another encounter for top 4 spots, Manchester United trounced over Leicester city and, demolished Foxes dream of UEFA Champions League football next season. Leicester required a win against Red Devils to qualify for the UEFA Champions League. Former Sporting Lisbon man, Burno Fernandez opened the account for United in the 71st minute. Martial strolled in the box and duel tackle form Morgan and Evans bought him down, rewarding United its 20th penalty of the season. Burno made no mistake and calmly placed the ball in the left bottom corner.

Late during the injury time, Jesse Lingard scored his first goal of the season to double the lead for Manchester United. United was struggling before the season hiatus, but since resumption, they remained unbeaten in the league and deserved 3rd place finish. Despite being in the top 4 for the most of the season, degrading form and, poor end to the season resulted in Leicester missing out top-flight European football next season.

Next, Chelsea will face Arsenal in the FA Cup final and Manchester United will face LASK in the UEFA Europa League round of 16 clashes. 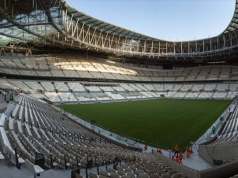