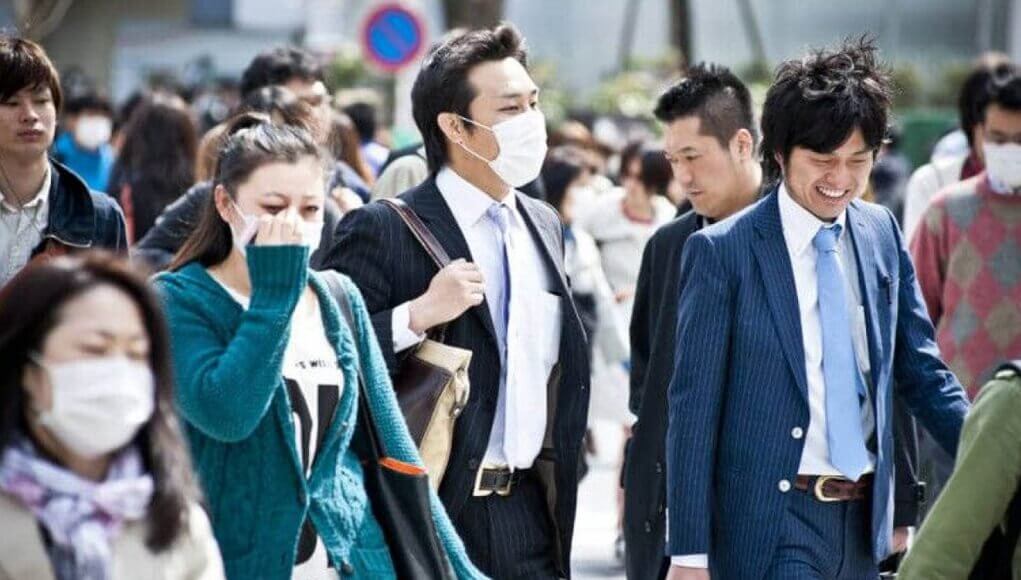 Japan recognized 1,490 new cases of coronavirus, the second-highest daily increase since the beginning of the pandemic, which raised the total number of infections to 44,527, and seven new deaths, for a cumulative 1,046, the Ministry of Health reported today.

In addition, the records implied that today was the tenth consecutive day with more than 900 cases, the health portfolio said.

The figures are again close to record levels of positivity in coronavirus in Tokyo, confirming the highest degree of alert in the Japanese capital, the ANSA news agency quoted.

The metropolitan government confirmed 462 new infections today, a level slightly lower than the maximum of 472 registered last week, bringing the total to around 15,000 infections, that is, a third of the national total.

With the imminent and traditional religious festivities of Bon, scheduled from this weekend – during which trips by train and car in the country are frequent – fears of an increase in infections in the rest of the country are increasing.

Unlike the metropolitan authorities, the central government chose not to dissuade the population from traveling to the various prefectures of the archipelago.