More than 15 years after former Lebanese Prime Minister Rafic Hariri was killed in an attack in Beirut, an international tribunal is due to issue a verdict in the case as the country grapples with the aftermath of a catastrophic Beirut explosion.

The verdict is due to be announced on August 18. The initial date was August 7, but it was postponed due to an explosion in the port of Beirut three days earlier, in which at least 178 people were killed and 6,000 were injured. About 300,000 people were left homeless. The court said it decided to postpone it “out of respect for the countless victims of the terrible Beirut explosion”.

It destroyed much of Beirut, sparked protests, and forced the government of Hassan Diab to resign.

Four alleged Hezbollah members are being tried in absentia by the Special Court for Lebanon in the Netherlands for a bomb attack that killed Rafic Hariri and 21 others in Beirut on February 14, 2005.

The court was established in 2007 by a UN resolution. In 2011, an indictment was filed and issued a warrant for the arrest of the suspects.

The Hezbollah chief said he was not worried about the verdict

In May 2016, Hezbollah announced that a fifth suspect, Mustafa Badreddine, whom the prosecution believes was involved in organizing the attack, was killed in an explosion near Damascus.

On Friday, Hezbollah chief Hassan Nasrallah said his movement was not worried about the impending verdict.

Damascus and Hezbollah deny having anything to do with the murder. Rafic Hariri’s assassination was linked to Syria, its allies in Lebanon, and Hezbollah.

Rafic Hariri’s assassination drew condemnation both in Lebanon and abroad and sparked mass protests in Lebanon that later forced Syrian forces to withdraw from their neighbor’s territory after 29 years of political and military hegemony. Some claim that Hariri’s murder was connected to the fact that he advocated the withdrawal of Syrian forces. 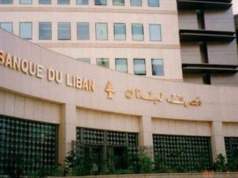 Lebanon.. The government signs a contract to conduct a criminal audit of the Central Bank