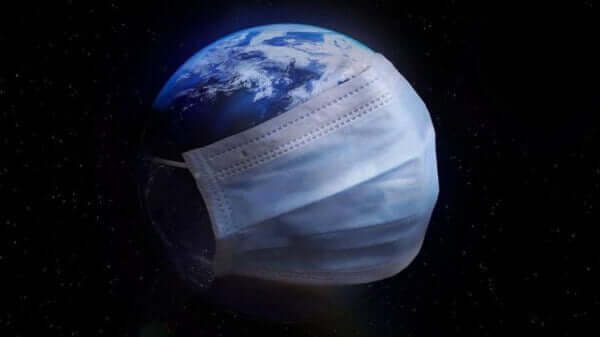 About 200,000 new infections with the new Coronavirus were recorded around the world, yesterday, Saturday, bringing the total number of infected people to more than 26.7 million, and the number of deaths exceeded 877,000, while the virus continues to spread.

The virus continues to spread in many countries around the world, and an accelerating outbreak is observed India, Mexico, and Brazil, while Kamala Harris, the candidate for the US Vice President alongside the Democratic candidate, Joe Biden, doubted the rush to launch a vaccine in America, saying that she does not trust President Donald Trump’s word about the effectiveness of any Coronavirus vaccine according to (Russia Today).

Brazil, yesterday, Saturday, had more than 30 thousand new infections, along with 682 deaths, bringing the total to 4.1 million injured and more than 126 thousand deaths. Brazil is currently the second-largest number of infections and deaths due to the virus in the world after the United States. While in Mexico, Yesterday, the Ministry of Health announced that it had recorded 6319 new confirmed cases and 475 additional deaths, for a total of more than 629 thousand cases and 67 thousand deaths.

Cases of Coronavirus in India exceeded four million cases, as the number topped the A world of new infections and worsening misery in the vast remote areas of the country, and sharp increases have paralyzed the underfunded healthcare system. 86,432 cases added over the past 24 hours have brought the total number of cases in India to 4023179 cases. The Indian Ministry of Health, Saturday, 1089 deaths, bringing the total to 69,561.

In South Korea, the health authorities announced today, Sunday, that 167 new infections were recorded during the past twenty-four hours in addition to one death, bringing the total number to 21,177, and 334 On the European continent, the health authorities in France announced the registration of 8,550 new infections on Saturday, down from 8,975 cases that were recorded in the country on Friday, as Friday’s toll was among the highest since the beginning of the outbreak.

In Britain, the health authorities announced that 12 deaths and 1,813 infected were recorded. New Coronavirus, which means that the total deaths have risen to 41,459 cases.