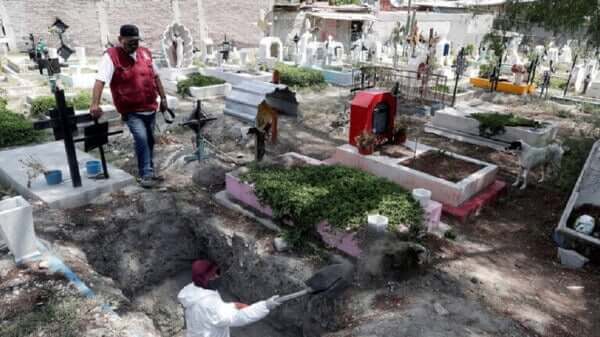 Mexican Deputy Health Minister Hugo López-Gatell Ramírez, said that the government has ordered the printing of 1.1 million additional death certificates, with certificates running out in several regions of the country and the continuing high number of Corona cases.

Gatell said during a press conference, according to (Russia Today), that death certificates have been exhausted in some states, including Mexico City.

He added that during the past two to three weeks, the authorities worked to redistribute these certificates from areas with large stocks.

He explained that the new certificates will arrive on Thursday, just before the redistributed stock runs out.

Mexico has also recorded more than 66,000 deaths related to the Coronavirus, ranking fourth after the United States, Brazil, and India in terms of the highest number of deaths.