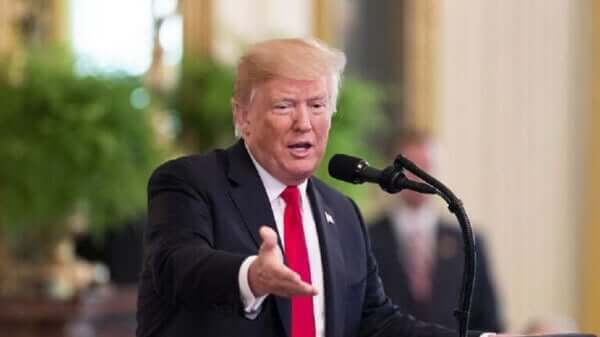 US President Donald Trump called on Fox News to expel its correspondent Jennifer Griffin, who confirmed media allegations that the Republican president had insulted veterans.

Trump came under fire after the Atlantic magazine published a report in which it stated that he described foot soldiers The US Navy who were killed during World War I by “failure” and “idiots”, when he failed to visit an American military cemetery outside Paris during his visit to France in November 2018.

The official justification for not visiting the military cemetery was that the weather was bad. According to Jennifer Griffin. A Fox News reporter said that two former administration officials assured her that the president “did not want to get into the car and go to honor the dead American soldiers,” which means that the weather was not the cause. An official also told her that Trump used the word “fools” to discredit veterans But in a different context related to the Vietnam War.

I quoted the unnamed official as saying, “When the President spoke about the Vietnam War, he said that it was a stupid war, and everyone who went there was an idiot.” The official considered that “it was a slip stemming from the president’s personality .. he has not been He can understand why people might die for the sake of their country, it is not worth it. ”Trump said in an angry tweet,“ Jennifer Griffin should be fired for this kind of journalism … She did not even call us for comment .. Fox News is finished. ”And he defended. Trump spoke out strongly in the wake of the publication of the “Atlantic” report, tweeting and retweeting comments describing the report as “misinformation,” and describing the magazine’s editor, Jeffrey Goldberg, who wrote the report, as a “loathsome” person.

Several of Griffin’s colleagues in “Fox News” defended her publicly on “Twitter”, along with Republican Congressman Adam Kinzinger who described her as “fair and brave.” Griffin went to Trump by saying on Fox News live on Saturday, “I can tell you.” My sources cannot be questioned, “adding,” My sources are not unknown to me and I suspect they are also unknown to the president.

“Before” The Atlantic “published the story, a survey by Military Times and the Syracuse University Veterans Institute that only 37.4 percent of the soldiers Those in-service support Trump’s re-election, while 43.1 percent support Democratic candidate Joe Biden.