Hoti noted that Kosovo is obliged to achieve normalization of relations with countries in the region, including Serbia

The Prime Minister of Kosovo, Avdullah Hoti, said in his address to the members of the Assembly of Kosovo that the dialogue with Serbia should end with reciprocal recognition and complete normalization of relations between the two sides.

At the request of the opposition Democratic Party of Kosovo (DPK), Prime Minister Hoti briefed members of the Kosovo Assembly on Thursday (September 17th) on the dialogue process with Serbia, which was resumed at a high political level on July 16th after a two-year stalemate.

On that occasion, Hoti noted that Kosovo is obliged to achieve the normalization of relations with the countries in the region, including Serbia, and added that there is a platform for dialogue that does not allow the discussion of territorial integrity.

Territorial integrity cannot be negotiated and there is no question about that. The constitutional organization of Kosovo is not affected, there is no Community (Serb-majority municipality) with executive powers in Kosovo. We have the full support of our international partners for these two principles in the dialogue. The third principle is that the agreement must be in accordance with the Constitution of Kosovo, Hoti said.

He also stated that certain elements of the agreement on mutual recognition between Kosovo and Serbia are being drafted at this stage of the dialogue.

The drafting started with the topics we imposed, on missing persons and economic issues, the Serbian side requested that the issue of internally displaced persons be raised in the discussion, the Prime Minister explained.

Prime Minister Hoti also said that the representatives of the international community confirmed that the process of dialogue with Serbia will not last indefinitely, but that it is limited in time.

By the way, on Thursday, the expert teams of Kosovo and Serbia will meet for the fourth time in Brussels to discuss topics that were previously opened on September 7 by the Prime Minister of Kosovo, Avdulah Hoti, and the President of Serbia, Aleksandar Vučić.

Hoti also spoke in the Kosovo Assembly about the agreement on economic normalization of relations, which Kosovo and Serbia signed in Washington on September 4, in the presence of US President Donald (Trump) Trump.

On the other hand, two opposition parties in the Assembly of Kosovo, the Self-Determination Movement and the Democratic Party of Kosovo, criticized the government of Avdullah Hoti for the agreement reached in Washington.

The opposition believes that Hoti, on September 4, by signing an agreement on economic normalization of relations with Serbia, made concessions on the issue of Lake Gazivoda in northern Kosovo and the mini-Schengen initiative, noting that he allowed the point of mutual recognition of Kosovo to be removed. Of Serbia.

The head of the parliamentary group of the Self-Determination Movement, Rexhep Selimi, criticized the Kosovo Prime Minister for the agreement he reached with Serbia in Washington. He believes that the Prime Minister should have previously informed the Assembly of Kosovo about the agreement he will sign, in which “many concessions have been made to Serbia“.

He disputed certain points in the agreement and added that Kosovo lost the chance to bring victory with the mediation of the USA.

DPK: The September 4 agreement is the merit of the United States and not Kosovo

Meanwhile, MP Enver Hoxhaj of the opposition Democratic Party of Kosovo (DPK) described the Washington agreement as positive but criticized it for raising the issue of property in dialogue with Serbia.

On the other hand, the MP on behalf of the Alliance for the Future of Kosovo, Tim Kadrijaj, assessed that the agreement from Washington confirmed the key role of the USA in the dialogue process, and noted that reaching a final agreement between the two sides is not guaranteed without US participation.

Kosovo has made a big step forward with the agreement in Washington. The United States has reaffirmed its great role. We also expect serious behavior from the EU, for the five countries that have not recognized Kosovo to do so, and for the promise of visa liberalization to be fulfilled, she stated.

Kadrijaj asked for a consensus of the political spectrum in Kosovo, ie cooperation between the position and the opposition during the next phase of the dialogue with Serbia. 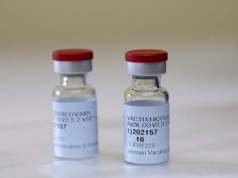 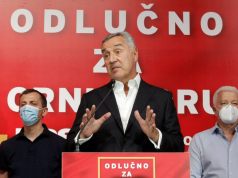 Abazovic wants power even at the cost of Montenegro’s disappearance 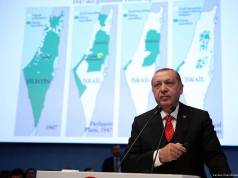 Turkey: We call on Kosovo not to open an embassy in Jerusalem