About 20,000 people protested in the Thai capital against the government of Prime Minister Prayut Chan-o-cha, calling for new elections and reforms in the country, which has a law that prosecutes criticism and disrespect for the royal family.

Hundreds of protesters gathered in front of the locked doors of Thammasat College in Bangkok even though the college announced it would not allow them to gather. In the meantime, the doors of the faculty were opened to them after the protest organizers arrived.

“Today we are announcing the beginning of the victory of the people and democracy,” protest leader Panupong Jadnok told reporters.

The gathered announced that they intend to spend the night outdoors and head to the government palace on Sunday morning. 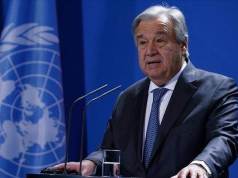