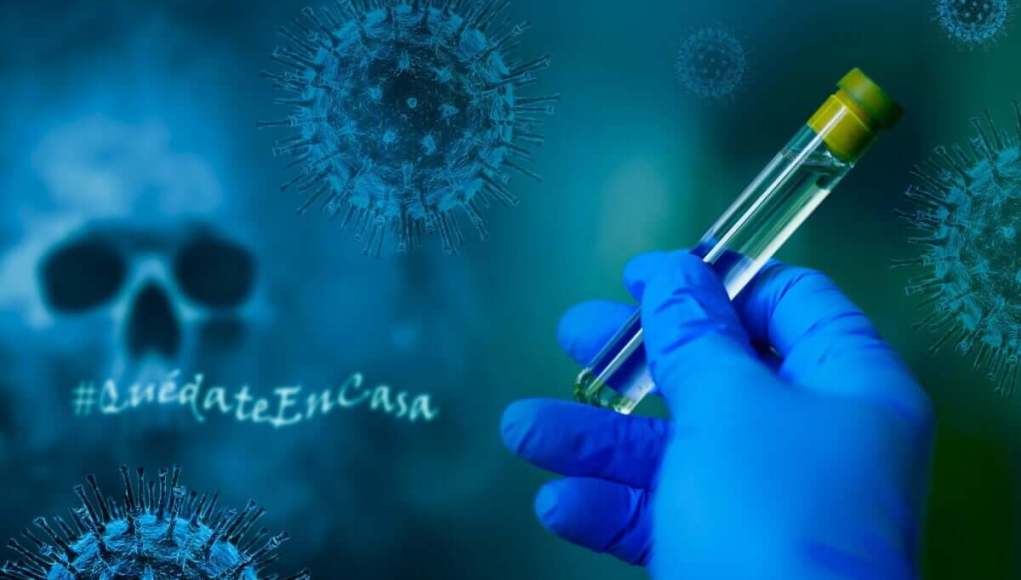 This article has been authored by Srishti Ray, a third-year B.A.LL.B student of National Law University and Judicial Academy, India in lieu of the entire blame game that is being played, as to whether this pandemic is a deliberately spread biological weapon or otherwise.

Don’t we all just love some conspiracy theories! As the COVID-19 continues its deadly course, two theories have gained widespread attention. One, that the pandemic may have been an outcome of an accident at a biosafety level 4 laboratory in Wuhan city. And two, and this is improbable, but not impossible, that China deliberately launched a biological weapon in order to position itself as the single greatest superpower in the world, while making its rivals’ industrial and economic growth, come to a standstill. Let’s explore the allegations.

As defined by the World Health Organisation:

The concept of ‘Biological weapons’ has been defined by the World Health Organisation (WHO) time and again. Biological weapons are microorganisms like virus, bacteria, fungi, or other toxins that are produced and released deliberately to cause disease and death in humans, animals, or plants. Biological agents, like anthrax, botulinum toxin, and plague can pose a difficult public health challenge causing large numbers of deaths in a short amount of time while being difficult to contain. Bioterrorism attacks could also result in an epidemic, for example, if Ebola or Lassa viruses were used as biological agents.

The current COVID-19 crisis has witnessed innumerable accusations of biological warfare. The presence of a virology lab in Wuhan did feed some theories and accusations that they had deliberately unleashed such warfare. Some Chinese and Iranian commentators, meanwhile, have also claimed it was an American attack. Further on the fringes, allegations that it is a weapon directed particularly towards Muslims or Israel have also come forth. Is there any truth to these rumors or are these false accusations?

Deliberate? Accident? Or Neither?

All the theories have strong supporters, conveniently armed with a battery of what they call ‘facts’. But the problem is not with data, though. It’s China itself, with its habitual secrecy, and absolute disregard for the environment. Allied to that is the fact that bio-labs everywhere have been a constant source of serious threats, with the big powers eyeing them as potential usable weapons of mass destruction, proved by the huge number of such facilities all around the world.

The laboratory in Wuhan, China is the result of a collaborative effort with France. Fully compliant with ISO standards, the Wuhan facility interacts quite regularly with a host of outside experts. Like all other labs, its obvious goal is to protect humankind against new viruses. But the issue is the blurry line between defensive and offensive study, which undeniably lies at the heart of biological research and biological warfare.

Well, first things first, let us start at the core of virology and genetics. The very premise that a virus is man-made simply because it is ‘deadly’ is the literal height of anthropocentric hubris. Nature has many millions of years to make viruses and it is most capable of making viral horrors on its own without any sort of help from humankind. But when it comes to man-made viruses, this field is only decades old. Laboratories do not create viruses as neatly or even nearly as handily as the mother nature does, and it’s easy enough to demonstrate that a given virus isn’t some Frankenstein creation stitched together out of RNA or DNA from other things. Genetic analysis shows this virus is not man-made.

In the 1950s, unarguably the heyday of biowarfare research, the proponents of biological warfare held a basic principle: ‘You don’t want the bad disease you made to come back and make your own people sick’. The world was way less interconnected back then and the scenarios for warfare at the time did not foresee much, if any, travel between combatant countries. But the undeniable risk of accidental exposure to one’s own people was considered too high to risk messing around with things that could not be mitigated. Today, there is a massive amount of world travel between potential combatants, but those old lessons cannot be forgotten. Economies and supply chains are pretty much intertwined, and no country would willingly engineer a weapon that would risk disrupting their own economy or people.

There have been several claims that the U.S. released a virus in China. But why? So that the U.S. can then eventually suffer the wrath of the virus just a few months later? That literally makes no sense. And where is the evidence that the U.S. created SARS-CoV2? Accusations are easy to make but backing them up with facts, quite terribly difficult. There has been an extensive back and forth accusations which also eventually led Trump to call it the Chinese Virus. Such a remark is the worst form of racial discrimination.

There is not only a lack of evidence supporting such widespread conspiracy theories, there has been strong scientific evidence against all of them. Scientists, the ones who are actually trying to find the truth and solve a problem rather than playing the blame game, have been conducting genetic analyses to determine where the virus actually came from and how exactly did it end up infecting us. Strong clues had already emerged by February 2020, when a ‘Perspectives’ piece was published in the New England Journal of Medicine. In the piece, David M. Morens, M.D. and Peter Daszak, Ph.D. from the National Institute of Health (NIH) and Jeffery K. Taubenberger, M.D., Ph.D. wrote: “Of course, scientists tell us that SARS-CoV-2 did not escape from a jar: RNA sequences closely resemble those of viruses that silently circulate in bats, and epidemiologic information implicates a bat-origin virus infecting unidentified animal species sold in China’s live-animal markets.”

The experimental outcomes from the genetic analyses are consistent with how SARS-CoV2 is presently behaving. The virus is not really acting like a bio-weapon. Usual bio-weapons kill at a much higher rate and can be much readily transported, released, and spread. The difference between SARS-CoV2 and pathogens like anthrax is like the difference between sofas and a collection of missiles. Sure, the former can cause harm but not in a predictable and consistent manner.

This leads to the ultimate question. Who actually benefits from making this virus and deliberately releasing it as a bio-weapon? No one. Acts of biological warfare in the past have always had an ulterior motive, even when done by organizations like Aum Shinrikyo in Japan, which was trying to kill middle- and upper-level management at the National Police Agency. How does China or the States or anyone else actually benefit from this pandemic? They simply don’t. Even if the science gave some hint of its man-made origin, none of the practicalities would make sense. This is not a man-made plague. So, there you have it: scientific evidence trumping the various conspiracy theories. Will all of these scientific findings finally quash the “virus-was-made-in-a-lab-and-it-is-your-fault” rhetoric between the politicians of various countries? Probably not. Since when has science anyway stopped such political rhetoric? Maybe, it will get more people to focus on the much more vital matter at hand: trying to control this pandemic, together.