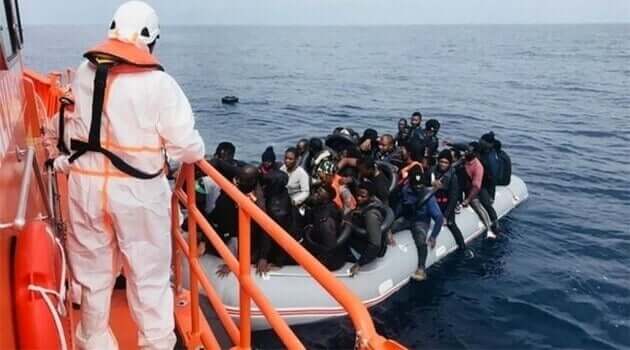 More than 1,000 illegal African migrants have landed in the Spanish Canary Islands in the past 48 hours, according to the Red Cross, with no such influx seen in at least 10 years.

African migrants have recently moved to the Canary Islands after agreements with Turkey, Morocco and Libya tightened control over the Mediterranean route to the shores of Europe. AFP…

Since Thursday, 1,015 people have arrived on 37 ships to the islands of Lanzarote, Fuerteventura, Gran Canaria and Tenerife, the latter two territories located about 300 km (190 mi) off the coast of Africa.

Most migrants from North Africa or sub-Saharan Africa were in good health, although some suffered from hypothermia, according to a Red Cross.

All of them have been tested for the new coronavirus, the official said.

The Red Cross said the number of arrivals was more or less the same as in 2006 when 30,000 migrants landed in the Canary Islands.

More than 6,000 migrants landed in the Canary Islands between January and 30 September, according to the Spanish Ministry of the Interior, six times the number of arrivals in the same period in 2019.