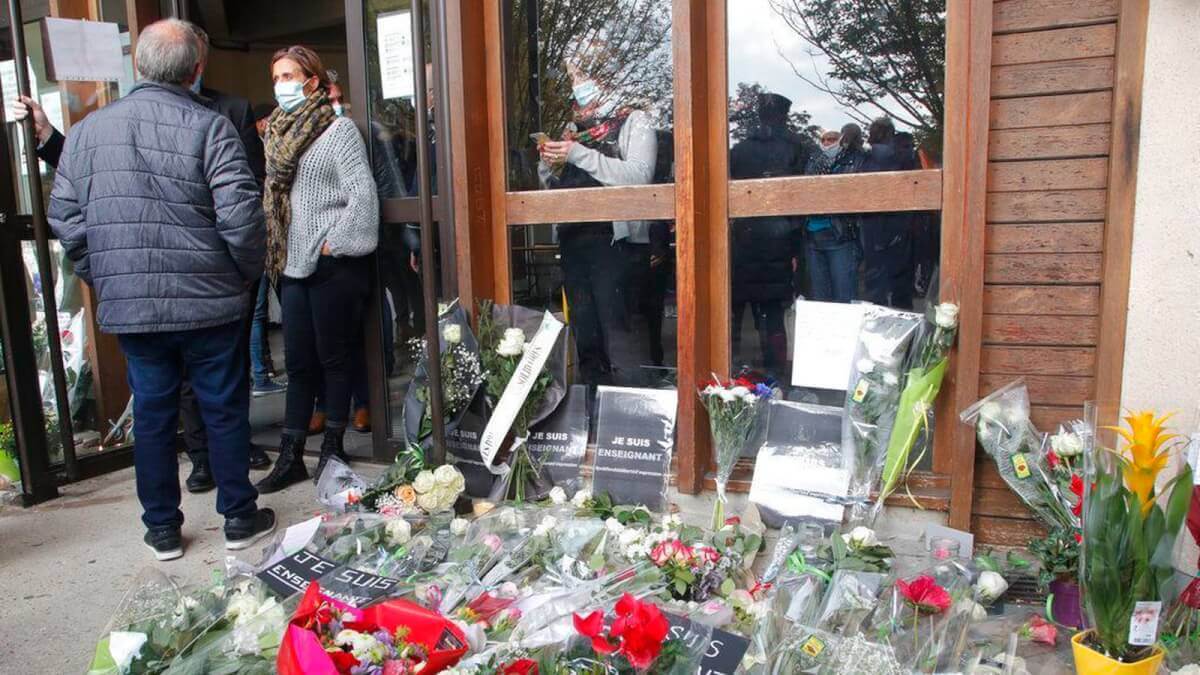 The man who murdered a teacher in a Paris suburb yesterday waited outside the school and asked students to point out their target that according to the French Terrorism Police. The man later posted pictures of Samuel Paty’s body on social media.

Samuel Paty, a 47-year-old history and geography teacher, had shown his students the cartoons of the Prophet Muhammed, which is believed to be the trigger for the attack.

The attacker later allegedly fired an airgun at the police, who then shot him dead. Nine people have been arrested in connection with the attack and it is now being investigated.

The French terrorist police have identified the attacker, Abdullah A., who was eighteen years old. He is of Chechen descent but was born in Moscow. Abdullah applied for asylum in France as a boy and was unknown to the terrorist police.

The attacker is not believed to have had any contact with Paty or the school, but he lived in Evreux, Normandy, about a hundred kilometers from the scene of the attack. The man has previously been involved with the police, but only for minor offenses.

He is said to have gone to the school that Paty taught on Friday afternoon and asked the school’s students to point to Paty. He then chased Paty on his way home and attacked him with a knife. He beheaded Paty.

Abdullah posted photos of the body on Twitter and said the Prime Minister Emmanuel Macron is a “pagan” and a “dog.”

When police approached him, he allegedly fired at them with an air gun, but there are no witnesses. Police reportedly responded in kind, but then police shot him a total of nine times. A 30-centimeter knife was found at the scene.