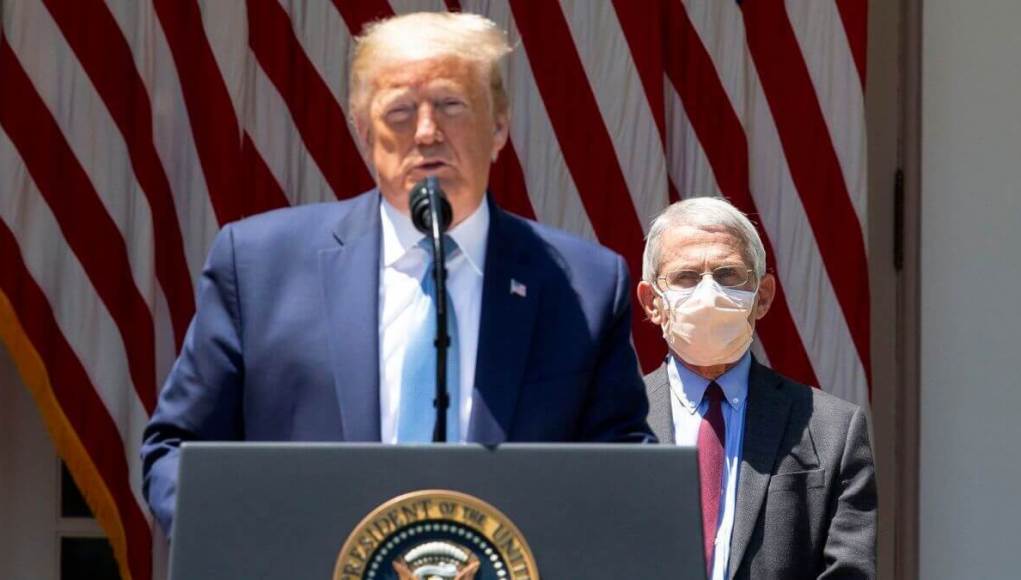 US President Donald Trump said today that Anthony Fauci, an epidemiologist, and other health professionals in his government were fools. This is what the president said in a phone call with the staff of his candidacy, where he tried to push the steel into the people two weeks before the presidential election.

Trump also said that Fauci was 500 years old and that if he had listened to Fauci, 700 or 800 thousand Americans would have died from Covid-19.

According to official figures, About 220,000 Americans have died from Covid-19 since the epidemic coughed and they are nowhere else in the world, so far as is known.

Trump also said that Fauci had been disastrous and that every time he went on a television interview he was miserable. According to Politico Trump then reiterated that if any journalists were listening, they could have this after him.

Trump is angry with Fauci over his 60-minute interview over the weekend. Among other things, Fauci said he was not surprised that Trump himself had contracted Covid-19, and criticized the Trump administration’s response to the epidemic and the flow of information about it.

The president reiterated his dissatisfaction with Fauci on Twitter tonight. There, Trump criticized Fauci for saying in the interview that he had not been allowed to express himself in the media as he wanted. Trump also criticized Fauci for not being able to throw a baseball.

…P.S. Tony should stop wearing the Washington Nationals’ Mask for two reasons. Number one, it is not up to the high standards that he should be exposing. Number two, it keeps reminding me that Tony threw out perhaps the worst first pitch in the history of Baseball!

The AP news agency says that the aforementioned phone call with the candidacy staff has also revolved around supply. Trump declared himself hopeful for the election, even though he said he was not as hopeful as he was two weeks ago. Polls are not in his favor these days.

Surveys have also shown that the issue that is at the top of voters’ minds is the epidemic of the new coronavirus that causes Covid-19. Trump is not considered to be doing well there.

In addition, the president appears to be in financial trouble, and Biden is spending much more money on television advertising than Trump. He says, however, that his election rallies will make all the difference.

“I can go to these countries and have a meeting. Biden can not. I go to a meeting and it is attended by 25 thousand people. He leaves and there are four,” —Trump said.

Until the election, he will spend a lot of time holding these meetings, but it is unclear whether it will work. It has been shown that Trump supporters attend his election rally, but others do not. He has not been increasing his support by holding meetings with people who have already decided to vote for him.