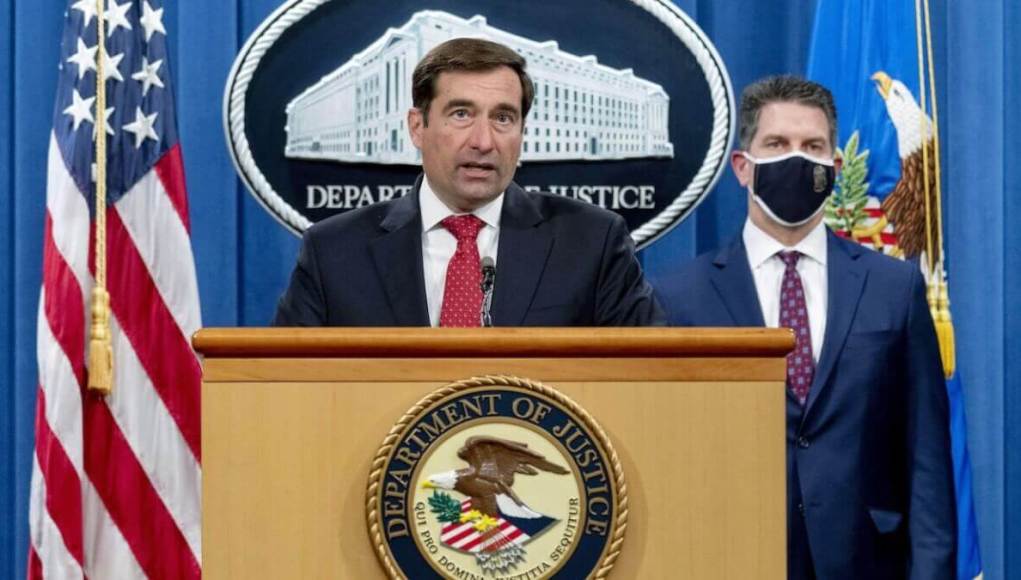 U.S. authorities have indicted six Russians working for Russia’s military intelligence service. They are accused of several notorious computer attacks that have been carried out in recent years. These include an attack on Ukraine’s distribution network and a computer attack on French President Emmanuel Macron’s political party in the run-up to the 2017 presidential election.

They are also accused of spreading the NotPetya virus in 2017. The virus infected computers around the world and caused extensive damage in many places.

NotPetya worked by infecting and locking computers. Their owners were only told to pay a ransom in Bitcoin to reopen the computers.

The British accused Russia of carrying out the attack, but it severely damaged the computer systems of hospitals in the country.

On top of that, the men are accused of carrying out computer attacks that came down to an investigation by the British authorities into the poisoning of the former Russian spy, Sergei Skripal, and his daughter.

Belong to the controversial department of hackers

According to the AP news agency, The six men belong to the same military unit as the men whom the United States has already accused of cyberattacks and other actions in connection with Russia’s interference in the 2016 US presidential election.

However, the men are not charged in connection with the intervention.

At least one of them was charged in 2018 in the Russian investigation into Robert Mueller, according to a Washington Post report. He was accused of trying to break into a computer system linked to the 2016 presidential election.

According to a statement from the US Department of Justice the country’s main prosecutor in connection with national security matters, no country has armed computer attacks better than Russia and the state’s scouts have caused great damage.

“No country has weaponized its cyber capabilities as maliciously or irresponsibly as Russia, wantonly causing unprecedented damage to pursue small tactical advantages and to satisfy fits of spite.” —Assistant Attorney General Demers. pic.twitter.com/WlaWcGxgEg

The statement also quoted one of the FBI’s executives as saying that the law enforcement agency had long warned about Russia’s ability to carry out computer attacks. These charges, however, are indicative of the ability of FBI agents to expose them.