Home News Bolsonaro wondered what is the rush to have a vaccine against the... 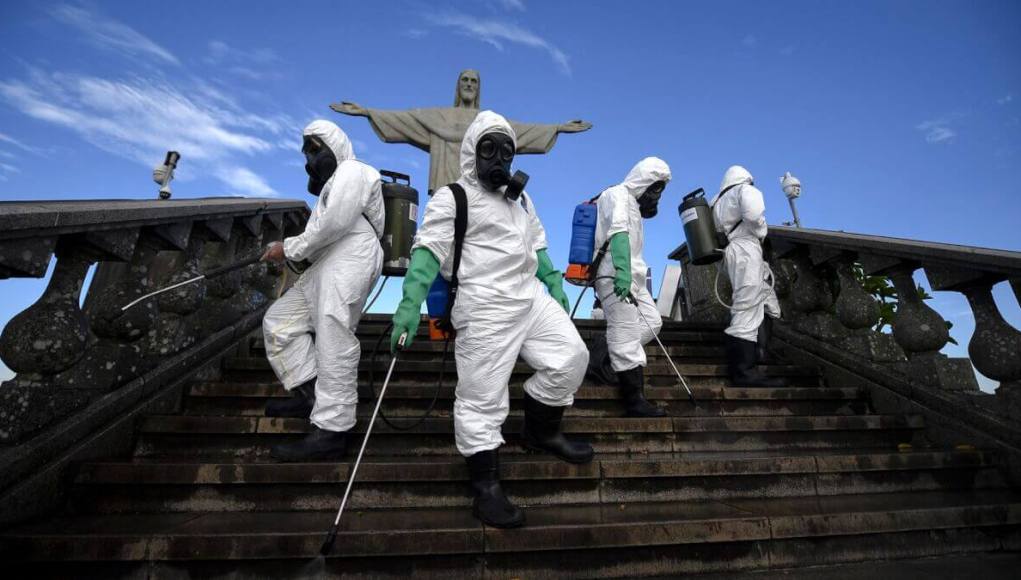 The President of Brazil, Jair Bolsonaro, this Monday questioned the studies being carried out worldwide to obtain a vaccine against the coronavirus by stating that does not understand “the rush” to get immunization quickly without investing in treatment, and gave an example of hydroxychloroquine, whose use has no scientific evidence.

The president said this in the middle of the vaccine war that he launched in Brazil, stating that your administration will not authorize vaccines from China, one of which is being developed by the Instituto Butantan public laboratory, in the state of Sao Paulo.

“We want to solve this issue. Of the last vaccines that were made, we know that they took four years. I don’t know why they are now running after this vaccine” said Bolsonaro, whose country is second in deaths, with more than 155,000, behind the United States and third in cases, after the United States and India.

Bolsonaro insisted, last August, that to overcome Covid-19, he took hydroxychloroquine from the beginning of the treatment and maintained that this allowed his recovery. “I give you my personal case, it is easier to invest in the cure than in the vaccine. Or to bet on both, but not forget about the cure. I am a witness case of the cure, I took hydroxychloroquine. Others took ivermectin, others took Annita and were cured” Bolsonaro said.

The president defends hydroxychloroquine, an antimalarial, to combat Covid-19 despite the fact that the scientific community maintains that there is no evidence of efficacy.

Bolsonaro spoke with followers at the door of the Alvorada Palace, the presidential residence, after on Friday the National Health Surveillance Agency (Anvisa) ordered the import of 6 million doses of Coronavac vaccine, from the Chinese laboratory Sinovac to the Instituto Butantan of the state of Sao Paulo.

Anvisa, thus, distanced itself from the president who disavowed the Minister of Health, Eduardo Pazuello, with Covid-19, to agree with the governor of Saint Paul, Joao Doria, to buy 46 million doses of Coronavac.

The case generated a great institutional uproar and once again confronted the governors with the central government. “This vaccine is not trusted by society,” Bolsonaro said then.

Today Bolsonaro also insisted that he expects scientific journals to publish results on the effectiveness of vaccines against the coronavirus and he pronounced in favor that vaccination should not be mandatory.

The Brazilian government bets on the so-called “Oxford vaccine”, for which invested about 400 million dollars for its acquisition and phase III trials by the Federal University of Sao Paulo (Unifesp) and the federal laboratory BioManguinhos.

In that framework, a Brazilian doctor volunteering for this vaccine died on October 15 with coronavirus, and according to sources cited by the Globo chain, the victim had taken a placebo. The Coronavac from China Sinovac arrived in Brazil to be tested on 13,000 Brazilians through an agreement with the state of São Paulo and the Butantan Institute, the largest public vaccine factory in the Southern Hemisphere.

Meanwhile, Bolsonaro’s activism, aligned with Donald Trump, had an effect among his followers when it comes to Chinese or Russian vaccines, according to a study revealed today by the Folha de Sao Paulo newspaper carried out by the University of Brasilia (UNB).

The survey indicates that 78.1% of the Brazilians interviewed were in favor of being vaccinated against the coronavirus.

This will drops to 62% when asked if someone would give themselves a vaccine of Chinese origin and to 64% if the immunity is the Russian Sputnik V vaccine.

Half of those who declare themselves Bolsonaristas, for example, would not take a vaccine originated in China, a country that has been Brazil’s main trading partner since 2009.

Brazil is the third country in the world and the first in South America with the most cases of coronavirus since the beginning of the pandemic, registered 5,409,854 infections (15,726 in the last 24 hours) and 157,397 deaths from the disease (263 new ones), the Ministry of Health reported.