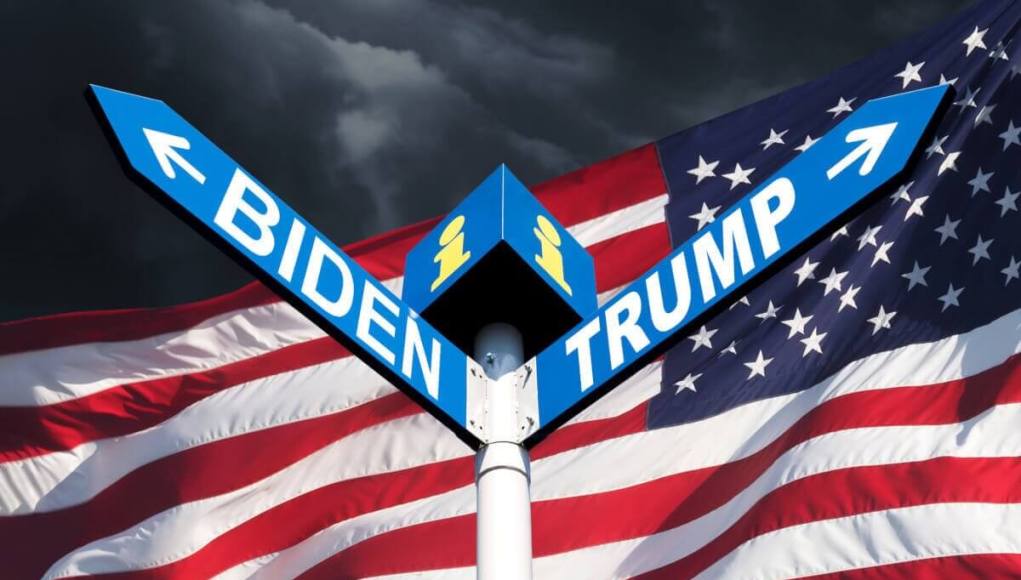 The chances of US President Donald Trump to win the US presidential elections continue to decline. With less than a week left before the election, Trump’s rating has dropped by about nine points nationally, and there is no sign of a “real move” in polls in favor of the Republican, reports Bloomberg…

At the beginning of last week, it could be assumed that there is still enough time for significant changes in the electoral race. Now everything has changed. When the final debate between the US presidential candidates is over, it is difficult to imagine anything that would cause a change in ratings by more than a percentage or two.

And any positive political decisions by Trump will not allow him to radically change the electoral picture in his favor, because Americans are still unhappy with the situation with the coronavirus pandemic in the United States. Democrat Joe Biden leads the way.

Trump can probably only win if there are many errors in the polls, or if foreign interference in the American elections helps him to win.

However, Trump’s victory should not be ruled out. The reason Trump still has a strong chance of re-election is that the US Electoral College can help Trump win.

In addition, as seen in 2016, the final poll averages are likely to be erroneous – that is, they will differ by several percentage points from the actual election results.

How likely is the poll error this time? Nobody knows for sure. But if the survey organizers knew there was a specific error, they would fix it.

In addition, due to the pandemic emergency, the US elections are now very different from previous US elections. Many Americans have already voted early. Perhaps many voters will not vote at all.

However, according to most polls and forecasts, Joe Biden is confidently approaching victory, creating serious problems for Trump.

Despite the fact that the United States counts on normal and more or less fair elections, Trump has repeatedly emphasized the possible falsification of the voting results. Also, the Republican hinted that the end result should be counted before election day, despite laws and centuries of practice that require many ballots to be counted in the next few days after the election, or longer if necessary. Most likely, local officials will ignore Trump’s calls and vote counting will continue as usual. Accuracy and complete counting of all legal votes, in the end, is much more important than speed, the publication sums up.

Trump, who is trying to stay in the White House for another cadence, continues to lag behind Biden in polls. Analysts of The Economist magazine believe that Biden’s chances of winning are much higher than those of the current head of state.