As an artist of improvisation, performance, and an awkward kind of humor that isn’t for everyone, Borat –The unexpected hit of 2006 that changed the rules of comedy and humor on more than one level – it was a blow to the perception of the satirical as an idea related to a certain propensity for the intellectual.

The controversial character of Sacha Baron Cohen was an uncomfortable mix of self-confidence, vulgarity, and collective fears, and also the embodiment of a kind of social criticism which by then already seemed astonishing in its relevance.

With his heavy accent, quirky appearance but especially, his contempt for supposed Western ideals, and the perception of political correctness as an obstacle to a coherent dialogue of something murkier, the character was criticized and acclaimed in equal parts. For the story, the image of Borat wearing a hideous bathing suit that became a symbol of vulgarity as a rejection of any possible convention.

So the return of the character was a risky bet, and at the moment without a doubt with a high price to pay in public opinion. What could be expected of a new version of the controversial character in the middle of a North America divided, polarized as rarely in its history, which also faces a crucial political contest? What could the mocking social and cultural criticism of Baron cohen, sustained in the middle of a bizarre journey through the extremes of a sly speech about the contemporary way of life?

When the British comedian finally announced that he had shot his film by surprise and that it had in fact been sold to Amazon Prime Video to be released in October 2020, there was confusion. The big question was what could be expected of such a project. More restrained grotesque? More jokes at the expense of the average American? A much more vile look at what the society of the USA Do you consider valuable and even a definition of your name?

Borat: Subsequent Moviefilm That and much more. If in Borat The character seemed to embody a perverse and rarely visible reverse of American society – there were rivers of ink about anti-Semitism that led to the film’s set of jokes – its sequel is a journey through a nation in the midst of a historical dispute over their worst flaws, pains, and mistakes. The country that travels Borat It is one full of paranoia, fear of the foreigner and the different, a rarefied panorama that the months of quarantine and the dialectical battle over the effects of COVID it only flared.

Baron cohen This time it does not have to provoke too much to show the disturbing landscape of a country under a mask of correction: the film shows only what it finds, what sustains an increasingly marked hate speech, and especially what is hidden underneath an inquisitive look at American culture. All while Borat he smiles with a malicious awareness of a familiar landscape: there is a certain air of hasty warning between the jokes, the puns, and the pretended conception of the absurd.

The pandemic suddenly it is everywhere, but its arrival is neither accidental nor abrupt. The director Jason Woliner manages to create a climate of urgency, from pseudo-documentary that feeds on reality with such daring and dexterity that for that reason alone it could be a candidate for best film of the year. The notion of the strange, the fearsome and the unpleasant come together in a single perception of a culture full of gray nuances, hidden under a smile of harsh hypocrisy.

Of course, one of the most controversial points of the film has already transpired: the scene involving Rudolph Giuliani In the midst of what appears to be a sexual act with a teenage actress, who pretends to be a journalist, it became a moderate controversy, even before any specialized media had access to the sequence. But without a doubt, this time Baron cohen He achieved what appears to be a combination of a scandalous confession at entirely new levels, with a more than distasteful version of distrust of the average politician.

The scene is much harder to digest than rumors might suggest: in it, the supposed daughter of Borat (interpreted by Maria Bakalova) interview Guiliani In what seems to be a kind of explosion of sincerity, he comments on such critical situations about the administration of Trump which is disconcerting and at times, disturbing. He is the former mayor of New York confess that Trump ignored warnings from “people very close” to “save lives although he could have saved a million more.” He says it with a simple naturalness that evades double interpretations.

Soon after he jokes about eating a bat and finally comes the moment that will undoubtedly turn Borat: Subsequent Moviefilm in a document to be taken into account in the political world, and in the great political discussion that North America piggybacked. With a chilling coldness, Guiliani retires with the adolescent to a room, and between the images, it seems that he is reaching under his pants, a moment Baron cohen stops.

The tension mounts, and suddenly the movie is much more than a simple grotesque and offensive joke. It is a denunciation of something specific and related to the version of the truth that is consumed on a large scale, the secrets of power and fear, to the revelation of what lies beneath all the stereotypical smiles that hold power.

With this hit of effect, Borat: Subsequent Movie film it becomes another level of mocking questioning of culture, its symbols, and main forms of power. Borat – the character and the concept – is no longer a colorful joke, but also an eye-opening look at dozens of uncomfortable topics that Baron Cohen and his team, show without any dissimulation.

North America contextualizing the film, its violent confrontation with cultural fear and contempt for difference make the tall and lanky figure of Borat It is harder to assume in all its wild version of criticism.

The entire formula – including show sexism, misogyny, racism, white supremacy – it is an elaborate mechanism that is sustained by an endless debate about contemporary good and evil, well hidden under layers and dimensions of almost intolerable vulgarity.

Borat: Subsequent Moviefilm ends with a petition to vote. Or at least something similar, urgent, and painful, which also fits like a neat piece in the middle of everything that has been shown, elaborated, analyzed through the bizarre previous sequences. The world that Baron Cohen shows is scary – harsh, violent – but also, a big bad joke. Perhaps the most haunting message in the entire movie. 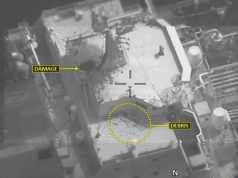 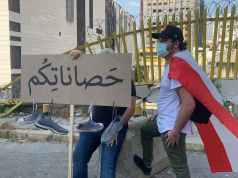 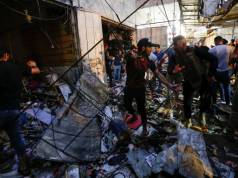