Home Foreign Affairs Germany ready to mend relations with the US 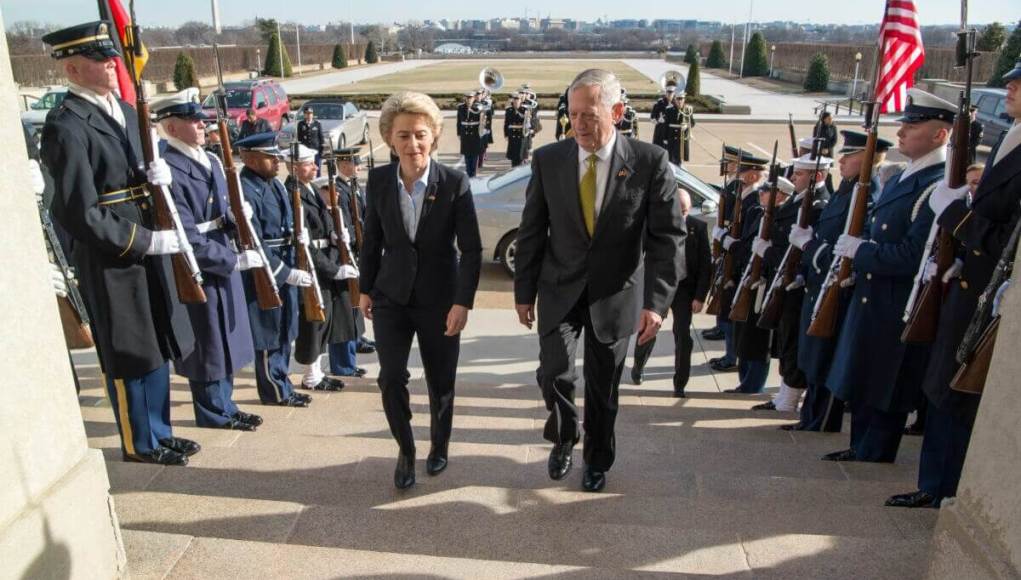 It is not every day that the Defense Minister of a major NATO ally proposes a new course in transatlantic relations, emotionally expressing his “gratitude” to the United States, but this is exactly what German Defense Minister Annegret Kramp-Karrenbauer did last week. It is no secret that Berlin politicians are “praying” that Democrat Joe Biden will defeat the still current American leader Donald Trump at US presidential elections… But Kramp-Karrenbauer clearly hinted at a willingness to cooperate with the United States, regardless of who will become the “future inhabitant” of the White House: a Democrat or a Republican, writes Bloomberg…

At the heart of her message is this mystery: How can Germany help defend the West when the very notion of Western unity, in Trump’s era of nationalism, may not exist?

Moreover, should Germany generally consider itself a part of the conventional West, or is Berlin still a mediator between the East and the West, or rather in the confrontation between China and the United States?

The Crump-Karrenbauer answer is definitely a yes for the West. In doing so, she revives a German tradition called “Westbindung” or “Western connection”. Starting with the first chancellor of West Germany, Konrad Adenauer, it marked the end of a long and pernicious German history of uncertainty, both geopolitically and culturally, between West and East.

Adenauer and all the chancellors after him actually “gave the fate” of Germany directly into the hands of the United States and France. This double bond has found expression in NATO and the European Union. But it was the United States that guaranteed Germany’s security under military and nuclear auspices.

At the same time, it “taught us our democracy,” Kramp-Karrenbauer acknowledged with gratitude in her speech. Thus, America became the “mother” of the newborn Federal Republic. This is what made Trump’s open dislike of Germany so “poignant.”

An alternative German political tradition is called “Ostpolitik”, or “Eastern politics”. It began with the first Social Democratic Chancellor, Willie Brandt. “Eastern policy” initially sought to achieve “detente” with the Warsaw Pact countries. But after the end of the Cold War, such a political strategy was in fact aimed only at establishing close relations with Russia. One example is the controversial Nord Stream 2 gas pipeline, linking Russia with Germany across the Baltic Sea.

The Kramp-Karrenbauer position is that the united West, which relies on the support of two powerful countries – the United States and Germany on opposite sides of the Atlantic – needs support more than ever.

China is increasing its influence in the international arena through an authoritarian counter-model of Western values. Russia and Turkey are also dangerous. Climate and environmental issues are mounting, and further prosperity, democracy, and peace are at stake. Who else will defend Western values ​​if the United States, Germany, and their allies abandon their “responsibilities”?

Kramp-Karrenbauer acknowledges that the US will henceforth be more “interested in the Pacific” than in the Atlantic. She even recalled the American criticism of Germany for the fact that the country does not allocate a lot of funds for defense.

Kramp-Karrenbauer is actually proposing a new course in relations between Germany and the United States. As soon as America’s elections are over, Germany is ready to “start from scratch with the United States.”

Instead of threatening each other with tariffs, Berlin is ready to once again discuss the issue of a free trade zone for the entire West. Kramp-Karrenbauer promises that Germany will invest in its defense sector and, when diplomacy fails, use military influence to maintain order in its neighborhood – from the Baltic to the Balkans, from the North Sea to the Mediterranean.

Kramp-Karrenbauer calls this strategy “New German Realism.” In fact, she says Germany can take the burden off the US as a regional security guarantor, so America can better distribute its influence in the rest of the world.

Such a proposal made by Berlin is extremely unexpected. This is a complete rejection of the vision, which is promoted, for example, by French President Emmanuel Macron, who sees Europe as autonomous relative to the major world powers. According to Macron, Europe should become geopolitically “autonomous” and “sovereign”. Second, the German proposal also rejects remnants of “Eastern politics” and what Berlin calls “anchoring to Russia,” which often included “anti-American sentiment.”

In a sign that the discussions in Berlin have gotten off the ground, even German Foreign Minister Heiko Maas this week also seems to be in favor of a new strategy for German-American relations.

While still hinting that the goal is “European sovereignty,” Maas acknowledges that there is no alternative to the US partnership and suggests harmonizing foreign policies of countries, ranging from international sanctions to climate change.

At the Munich Security Conference in 2014, several German leaders pledged that they would work with their allies “decisively and substantially.” However, nothing special came out of these words.

But the world has changed. Whoever wins the US elections next week, and polls predict a Biden victory, should remember America’s long friendship with Germany. The “rejuvenation” of relations between the two powerful countries under new conditions would be useful both for Germany and the United States themselves, and for the world as a whole, the publication summarizes.