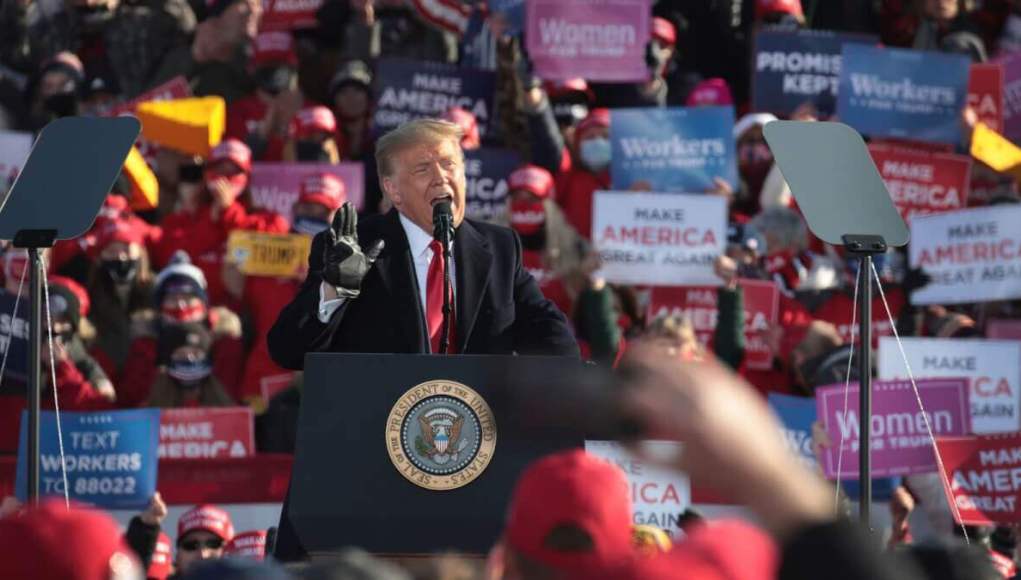 Never before have more people been diagnosed with the coronavirus in the United States than yesterday, Thursday. A total of 91,000 people were diagnosed and a record number of new infections were broken in a number of countries. At the same time, more than a thousand Americans died from the virus. The President of the United States says the reason why so many are diagnosed is the number of tests that are performed.

More than nine million people have been diagnosed with the coronavirus disease in the United States, which is more than in any other country in the world. In 21 countries, the epidemic is on the rise.

Among them is Wisconsin, but state hospitals have issued a joint statement warning that US President Donald Trump’s election rally on Friday will make things worse and push the spread in the region.

“It is more important than ever to prevent the formation of large groups, especially here in Green Bay, Wisconsin, where Covid-19 is now one of the largest distributors in the United States,” the statement said. several hospitals in the state.

“More tests equals more cases. We have the best tests. The number of deaths has dropped significantly, “Trump tweeted today, adding that hospitals have a lot of leeways to add patients and that the situation in the United States is better than in Europe.

The presidential election rallies, ahead of the US presidential election next Tuesday, have been criticized for the inadequacy of such protections at such events. Guests have been tested and given masks, but little attention is paid to distance limits. It seems that a large part of those who attend the meetings do not wear a mask.

The president’s main opponent in the election, former vice president and Democrat Joe Biden, has also held an election rally. There, distance restrictions have been followed, among other things by asking people to be inside their cars during meetings.

They claim to be in control of the epidemic

Donald Trump Jr., the president’s eldest son, was interviewed by Fox News yesterday, reiterating his father’s claims that his government had taken control of the epidemic.

“I went through the numbers because I was always hearing about the increase in the number of infected people,” said Trump Jr., referring to figures from the US Centers for Disease Control and Prevention.

“I thought, ‘Why is no one talking about deaths?’ Because the numbers are almost non-existent. “Because we’ve got it under control and we know how it works,” said Trump Jr., referring to Covid-19 deaths.

The United States is heading “in the wrong direction”

Doctors and other health professionals have warned that the epidemic is far from over in the United States. The number of deaths will increase in line with the increase in the number of infected people, especially in parallel with annual influenza.

One of America’s leading epidemiologists, Dr. Anthony Fauci, said in an interview with CNBC on Wednesday that the United States was heading in the “wrong direction” in terms of the response to the epidemic.

“If things do not change and they continue on the path we are on, there will be a lot of pain here in connection with the increase in infections, hospitalizations, and deaths,” Fauci said, among other things.