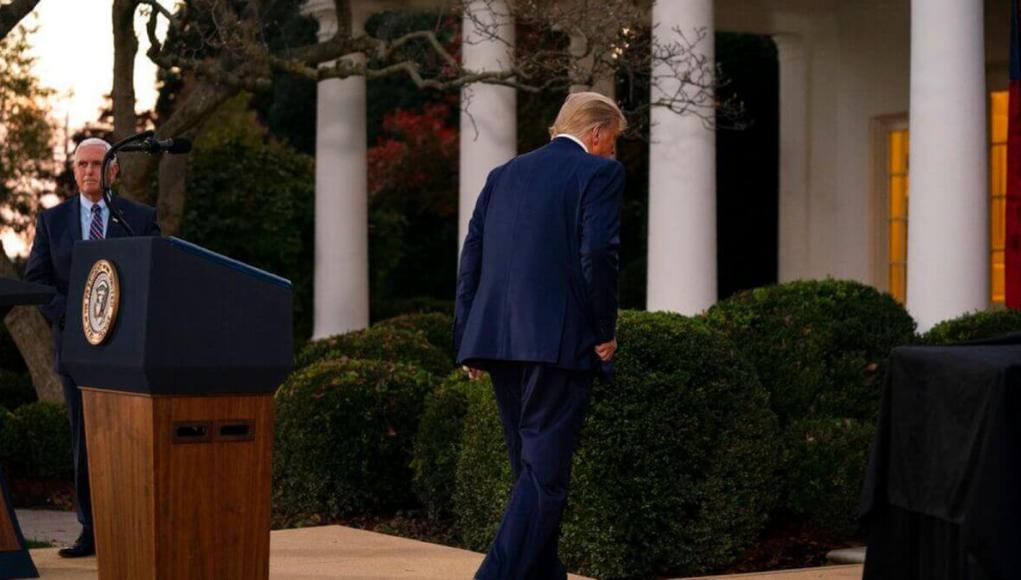 Two scientists who reject the scientific understanding of climate change have been tasked with directing the US government’s most comprehensive climate report in the final months of President Donald Trump’s administration. A climate scientist who led the report was abruptly fired earlier this month.

White House released Michael Kuperberg, a climate scientist who has led the report for the past five years abruptly resigned last week. In its place, it has now appointed two controversial scientists who question the severity of climate change to lead the project.

Ryan Maue was recently named Chief Scientist of the United States Oceanic and Climate Agency (NOAA). He has now been placed on a special mission by the White House to lead the Global Change Research Project, which oversees the preparation of the report.

Maue has historically expressed doubts that the effects of climate change will be catastrophic, especially with regard to extreme weather events. according to the Washington Post. It has been predicted that with global warming, extreme weather events will increase, for example in the form of strong hurricanes, worse heat waves and droughts, and more intense precipitation.

David Legates, who recently appointed Trump to the position of NOAA, was also transferred to the White House to oversee the report. He is a meteorologist who has argued that increasing the concentration of greenhouse gases in the Earth’s atmosphere benefits plants and that global warming is harmless.

Contrary to popular belief, rapid changes in climate and sea conditions threaten human communities and wildlife on Earth. Warming is in some places associated with greenery in northern areas, but in many other places, it causes drought and deforestation.

The most recent so-called climate assessment report was published in November 2017. It is intended to be a guide for officials and the general public on the state of the climate and future prospects. Its findings contradict the arguments of President Trump and his Republican Party, who have downplayed or denied the seriousness of climate change.

The US media reported at the time that scientists feared the report would be silenced. The report nevertheless came out but the Trump administration released it on Friday after Thanksgiving, apparently to minimize the media attention it received.

After the report was published, White House spokesmen downplayed its findings. The Trump administration has unraveled the key climate actions of Barack Obama, Trump’s predecessor, including rules on car emissions and emissions from power plants.

It is unclear what effect they may have

Joe Biden, the future president, will take office on January 20. The Washington Post says it is unclear how much influence Maue and Legates will have on the next climate report, where most of the work will take place after the change of government.

They could try to choose their peers as chapter authors for the report. A committee of officials from the thirteen bodies involved in the report, on the other hand, needs to give their blessing to them. In addition, the report undergoes extensive peer-review before being published, including by the United States Academy of Sciences.

Although Legates and Maue oversee the preparation of the report for the next two months, climate scientist Betsy Weatherhead was recently appointed to lead the report itself until the end of 2023.