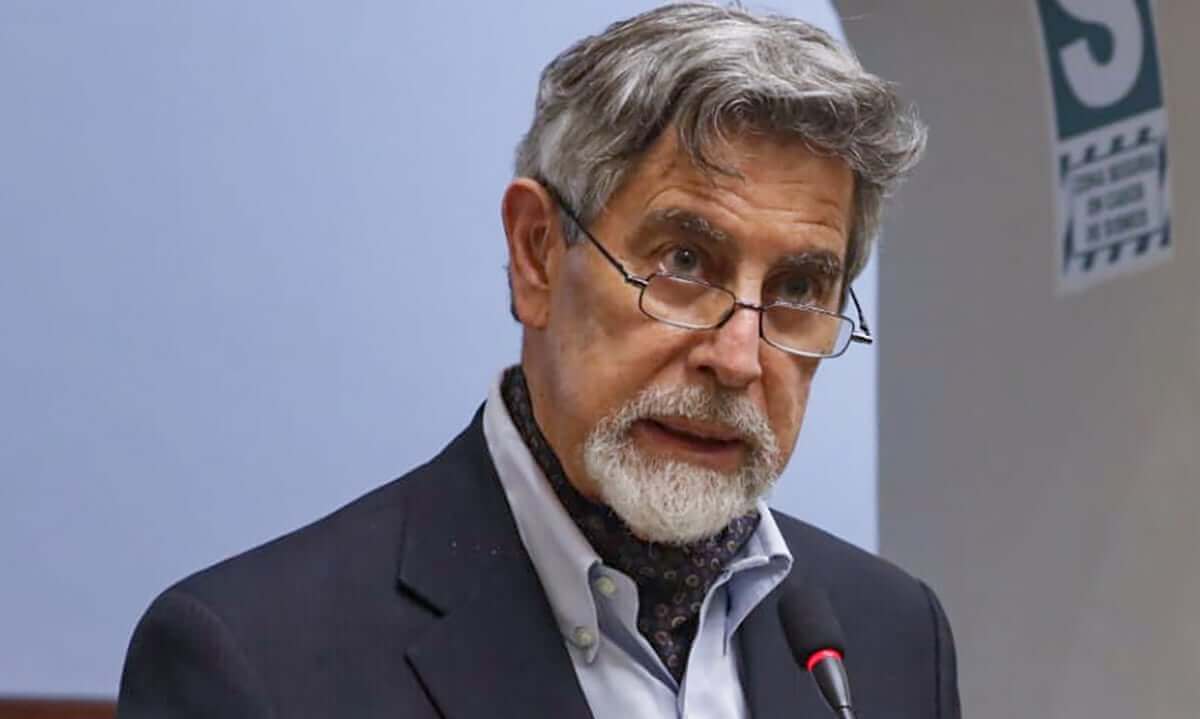 Francisco Sagasti, until now head of the young Purple Party bench but with abundant experience in public administration and in international organizations, was elected today to head the Congress of Peru, which automatically made him the fourth president of the republic -and perhaps not in the last of the current five-year period of government.

Born on October 10, 1944, in Lima as Francisco Rafael Sagasti Hochhausler, Francisco Sagasti graduated as an industrial engineer and completed a master’s degree in that specialty at Pennsylvania State University and a doctorate in Operational Research and Social Systems Sciences at Wharton University, also in Pennsylvania.

Between 1972 and 1977, during the de facto governments of Generals Juan Velasco Alvarado and Francisco Morales Bermudez, he was vice president of the Institute for Technological, Industrial and Technical Standards Research of Peru (Itintec) and advisor to the Minister of Industry.

In the 1980s he was an advisor to Foreign Minister Allan Wagner, during the first government of Social Democratic President Alan Garcia, and for five years he was a member of the UN’s Advisory Committee on Science and Technology for Development, which he chaired in 1988-89.

During the next five years, he held various positions at the World Bank, including chief of the Strategic Planning Division.

In December 1996 he was one of the nearly 800 hostages taken by 14 guerrillas from the Tupac Amaru Revolutionary Movement (MRTA) at the residence of the Japanese ambassador in Lima, and he was among the majority group of those who were released within days.

Later, Francisco Sagasti twice presided over the Board of Directors of the Science and Technology Program (Fincyt) that depends on the Presidency of the Council of Ministers, in 2007-09, in the second García government, and in 2011-13, in the administration of Ollanta Humala.

Francisco Sagasti taught at universities in Peru, Costa Rica, Spain, and the United States, as well as a research associate at the British University of Sussex, and published 14 books and more than 150 academic articles.

In March of this year, Sagasti came to Congress for the first time from the Morado Party, a liberal center group founded in 2017 by economist Julio Guzmán after being disqualified from participating in the 2016 presidential elections, for which polls him they assigned considerable voting intention.

Sagasti led the Morado Party bench and yesterday he integrated, as first vice president, the only list of candidates for congressional authorities headed by the leftist Rocio Silva Santisteban and who, despite being the only one who ran, did not obtain the necessary votes.

Before that vote, the Purple Party reported in a statement that it would ask Congress to enable a debate to enable the return to the presidency of the republic of Martin Vizcarra, who was dismissed last Monday.

If that initiative is successful, Francisco Sagasti will be the fourth president during the current five-year period that will end on July 28, 2021 -after Pedro Pablo Kuczynski, who resigned in March 2018; Vizcarra, and Manuel Merino, who resigned yesterday, five days after taking office – but not the last.

Johnson will not support any candidate for the party leader and the position of prime minister, he also stated the reason