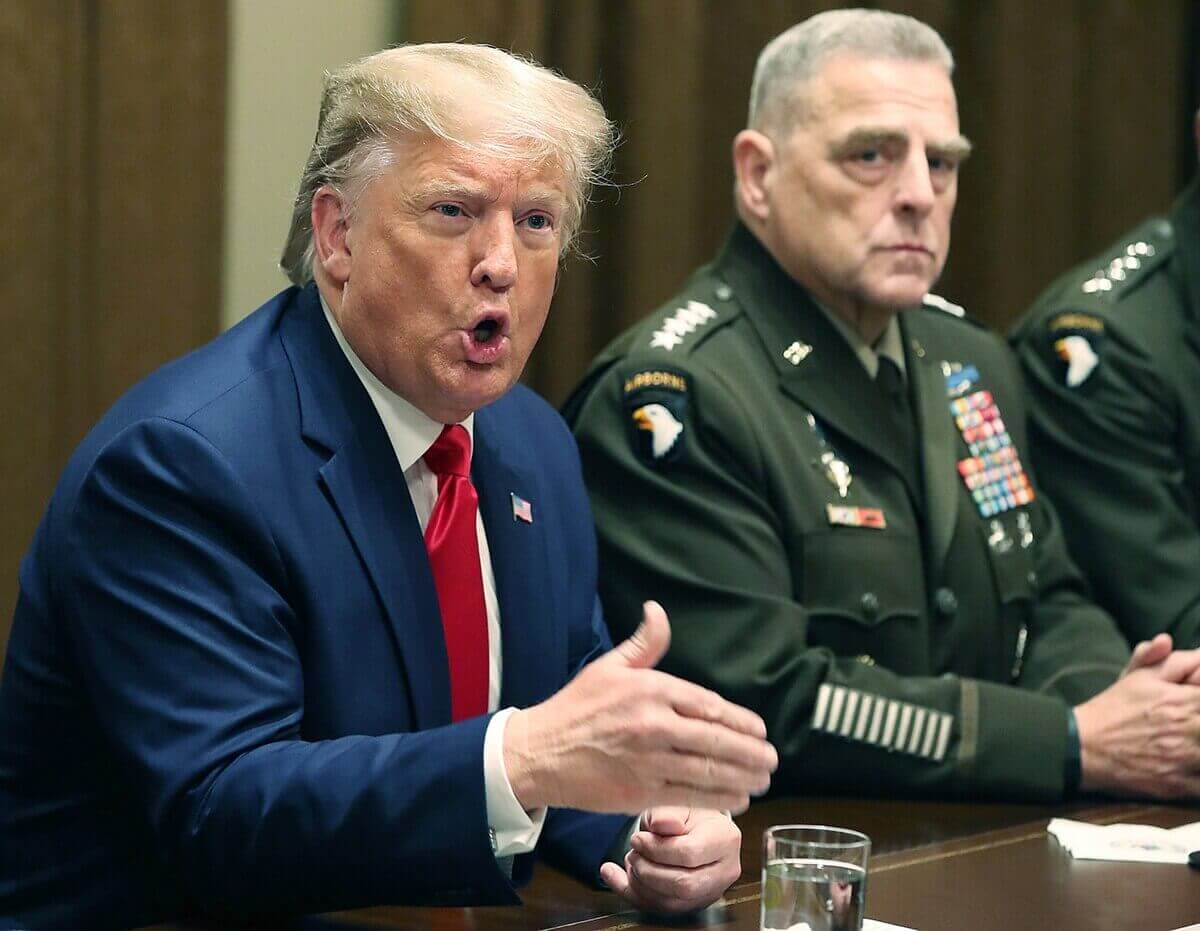 Donald Trump has not yet become a lame duck. At the very least, he does not acknowledge his defeat in the elections and does not announce the beginning of the transition of power. Nevertheless, the incumbent realizes that he may be forced to leave the White House – even if he never admits defeat. So Trump is thinking about how to maintain his course after he loses power, and how to make some unpleasant surprises for Joe Biden.

Trump works in a complex manner. He appoints his supporters to the posts of civic advisers in various ministries of his associates. Civil advisors are very difficult to fire and have access to all information in the ministry. These are Obama’s appointees who sabotaged the Trump administration and leaked information to the media. This is what the Joe Biden administration will have to face now.

But such behind-the-scenes games pale against the backdrop of events that could dramatically change the face of the whole of 2020 (for the umpteenth time). According to journalists, Trump was seriously considering attacking Iran’s nuclear facilities. This decision of the American president was prompted by the IAEA report and the prospect that Joe Biden could make concessions and restore the nuclear deal.

After the IAEA shared its fears that Iran might join the club of nuclear powers, Trump convened a meeting at the White House. As reported by the New York Times, the US President asked his advisers about possible responses to the threat from Iran. Separately, a plan for an airstrike on a plant in the city of Natanz, the center of the country’s nuclear program, was being worked out.

The circle of senior American officials managed to dissuade the president from taking harsh actions, at least for some time. “Trump asked about options. The advisers explained to him the possible scenarios, and in the end, he decided not to go ahead, ”said the official, who asked to remain anonymous.

Apparently, in the very near future, there will be no violent conflict with Iran – given the aggravation of relations at the beginning of this year due to the assassination of General Qassem Soleimani by American troops, a new strike on Iranian territory could threaten the start of a full-fledged war. Nevertheless, this issue can hardly be considered resolved.

Trump has two months left to put Biden in a stalemate. Joe Biden does not hide the fact that foreign policy issues are close to Barack Obama’s course, that is, we can expect detente in relations with China and Iran. However, this will hardly be possible if the United States of America completely ruins relations with these countries by the time the new president takes office.

Iran is not the first precedent. Just a few days before the elections, there was a verbal dive between US President Donald Trump and Chinese leader Xi Jinping. China actually warned America with a “crushing blow”.

It is obvious that neither the United States of America nor its adversaries need open war. Donald Trump does not need it either, 4 years he defended the position of the peacemaking president, who made progress in relations with North Korea and withdrew part of the troops from the Middle East.

Nevertheless, unexpected turns can be expected in recent months. With the support of the Trump administration, some kind of decision could be made that sharply exacerbates relations between the United States and its competitors. For example, Taiwan can declare its independence, which in fact will put America in a state of the most severe conflict with China in recent decades.

Donald Trump will clearly try to finally ruin his relations with those whom he considers to be the enemies of America. Thus, he will try to impose his course on Biden even against his will. But it is not known whether the president will succeed. Not everyone will dare to support a person who may soon leave the White House. Either way, the next few months will be tense, both within America and beyond.