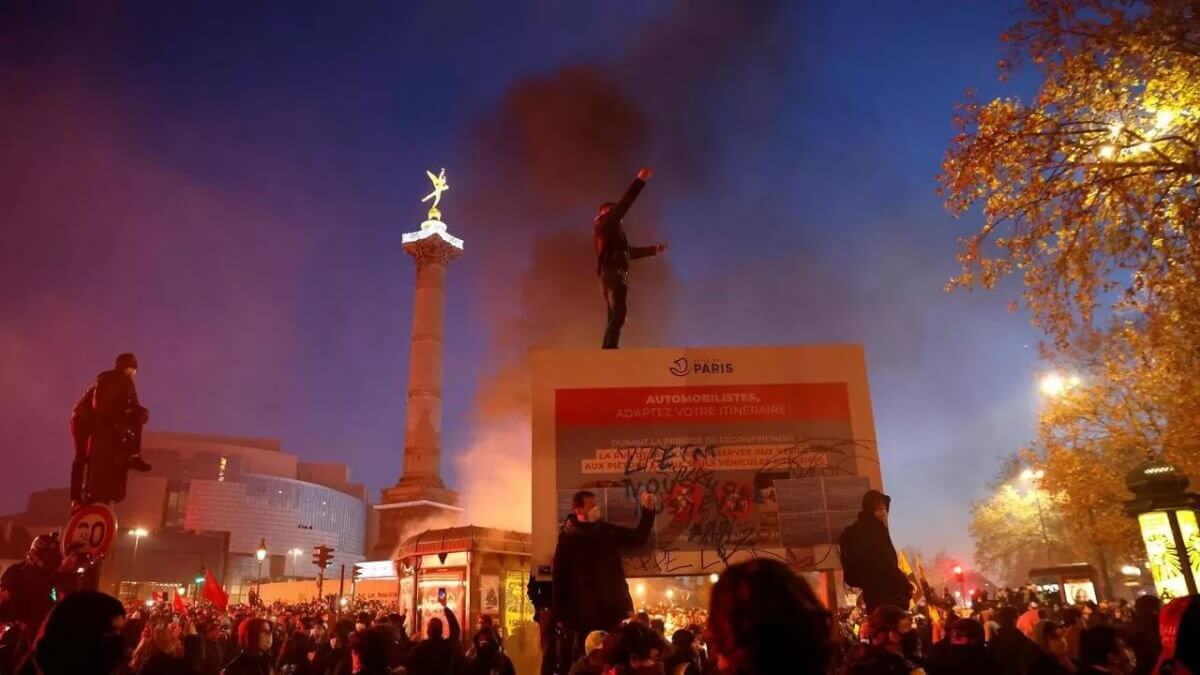 There have been protests in France against a bill which stipulates, among other things, that any kind of photographing of the police in the course of their duties will be made a criminal act if the photography is “for another purpose.” The Paris Protest.

Opponents of the bill say it undermines the freedom of the media to gather data and cover police violence, but the government says the bill is intended to protect police personnel. The article in question in the bill, which concerns the publication of images of the police in the line of duty, is part of a larger and more comprehensive bill for new security legislation. Paris police have used tear gas against protesters who threw fireworks at police.

Earlier this week, footage showed three white police officers using violence and cruelty against a black music producer. The images in question have caused a great deal of consternation among the French people, but they show how the police kick and punch the man, Michel Zecler.

Emmanuel Macron has condemned the incident, saying it was “unacceptable and embarrassing” for the police officers.

The government has also ordered the police to give a detailed report on a case that arose in Paris this week when police officers violently demolished temporary refugee camps and had clashes with refugees and activists.

Protests have erupted across the country, with thousands gathering in Republic Square in Paris today. Photos and videos from the protest have been shared on social media.

The bill was approved in the lower house of the French parliament last week and is now awaiting approval by the upper house. According to Article 24 of the bill, it will be a criminal act to publish photos of police officers on duty, if the purpose of the photo publication is to cause them “physical or mental harm.

#France 🇫🇷 We invite journalists and democracy activists to participate en masse in the "Marches of Liberties" organised tomorrow throughout France. Defense of #PressFreedom is a priority.https://t.co/HqMZaIQiuw