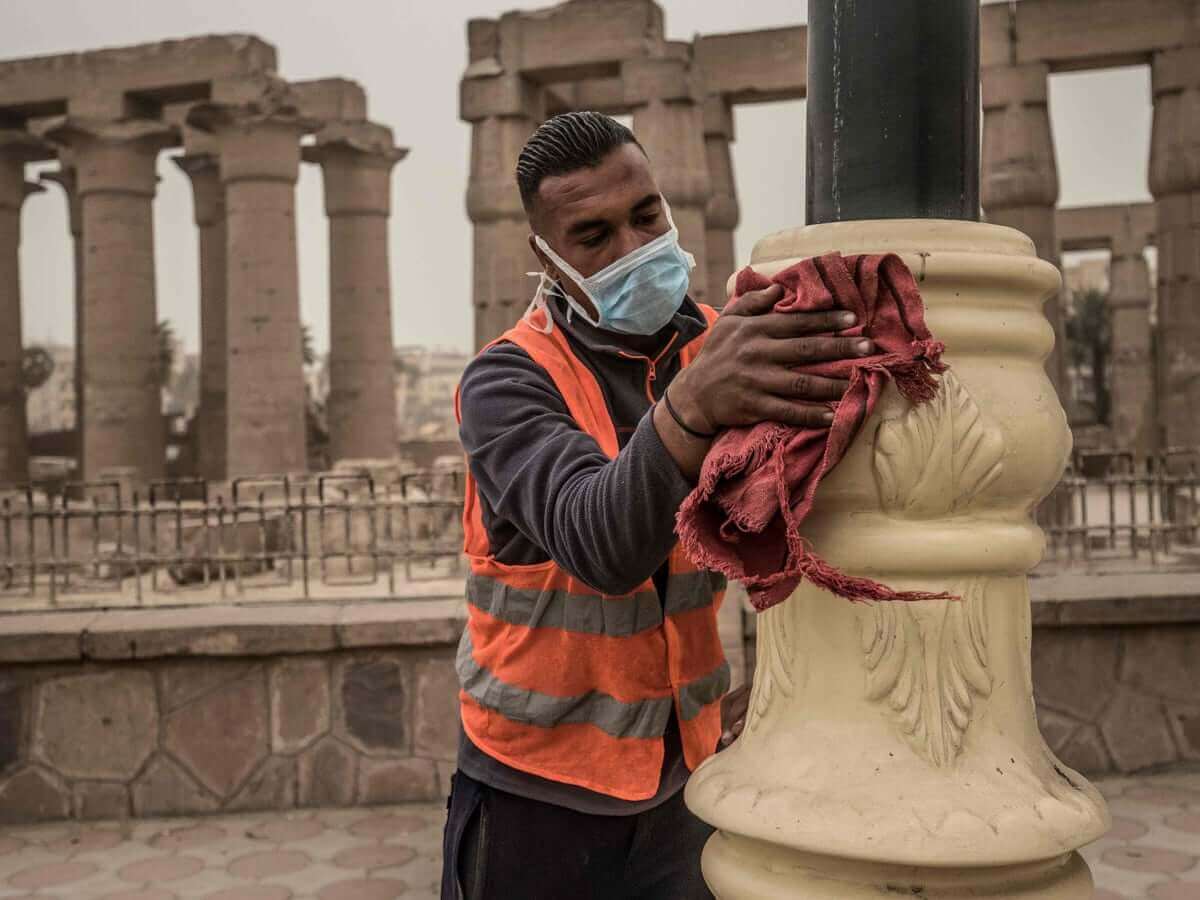 Death announcements have become commonplace for users of social networking sites in Egypt these days, and within only five hours, the Egyptian Medical Syndicate mourned, on Saturday, three doctors who died after being infected with the new Coronavirus.

The news of death comes in conjunction with the high number of infections during the second wave of the virus, which was strongly reflected on the communication sites until hardly a day passes without a person declaring his infection or the death of one of his relatives due to the disease.

According to the Doctors Syndicate, about 251 doctors have died as a result of the Coronavirus until this moment, while the number of official infections since the outbreak of the disease until today, Saturday, has reached 109 thousand cases, and 7309 deaths.

The Dean of Medicine, Qasr Al-Aini, denies the refusal to receive the French University professor, Dr. Hala Salah: The patient was directed to Al Batinah Hospital to do … Posted by Cairo University of University Giza On  on Thursday, December 24, 2020

The rate of spread of the disease on social media, compared to the official figures, raised questions about the truth of the numbers of real injuries and deaths, so that the matter became a matter of ridicule among the Egyptians.

The Director of Health Emergencies at the Regional Office of the World Health Organization, Richard Brennan, said on December 14, that the number of Corona injuries recorded by the Egyptian Health Ministry does not reflect the true number of injuries in the country.

The Eastern Herald tried to reach sources in the Egyptian Ministry of Health to talk about the matter, but no official answered the calls until this moment, but doctors explained the reason for the great discrepancy between the official numbers and reality.

Mona Mina, the Egyptian doctor and activist who is the general coordinator of the “Doctors Without Rights” movement, said that the published official figures depended on the number of injured people who were swabbed or examined.

Mina added that the analyzes and examinations of the Coronavirus, known as “PCR”, “are very few in Egypt, and below the standard in a country that has the oldest medical school in the Middle East and Africa.”

The Egyptian doctor indicated that there is also difficulty in performing a PCR analysis for doctors, and the injury must be severe for the swab to be performed.

Mina pointed out that the rate of testing in Egypt is limited when compared to other Arab countries such as Jordan and Tunisia, but also developing countries such as India and Brazil, as the rate of examination in Egypt, according to the World Meter website, does not exceed 9686 per million citizens.

Tweeters had indicated the quality of the examinations in Egypt, and among them was the Lebanese critic, Havok Habashian, who said that he had suffered from the symptoms of Corona in Egypt, but the two papers he conducted in Egypt were negative, but by his arrival in Lebanon and conducting the examination for the third time, it turned out to be positive.

OK, Corona came with me. Why did a negative come out twice in Egypt, despite all the symptoms clearly and positively in Beirut on the second day. This is a scandal and fraud. You have to talk about the details if I recover, because now I feel that they will see me from my stomach. Posted by Hauvick Habéchian on  Saturday, December 19, 2020

“Doctors, whether personally or affiliated with the union, have called for an increase in the rate of corona examinations. It is true that it will not treat patients, but it is a key factor in monitoring the disease, tracking it, isolating positive cases, and identifying those in contact with the case,” Mina says.

Regarding the hospitals ’readiness, Mina says that there are distress from patients and doctors indicating an increase in pressure on the health system in a way that makes it difficult to cope with the frequency of the increase in the disease.

The professor at the Faculty of Veterinary Medicine at Cairo University, Fouad Farag, had complained through his Facebook account, that a government hospital refused to receive him after the effects of Corona had multiplied on him and his wife, forcing him to resort to a hospital, but due to the high cost of isolation and treatment, Farraj and his wife returned home to complete Therapeutic protocol.

For her part, the Dean of the Qasr Al-Ayni College of Medicine, Dr. Hala Salah El-Din, denied that the government hospital refused to receive the university professor, adding that “they were directed to the Al-Batinah Hospital adjacent to the work of tests, and that he refused and went to the Ibn Sina Private Hospital, and that the director of the French Hospital called Dr. Fouad Farraj, But he refused to respond and insisted on going to Ibn Sina Hospital.

Mina concluded her interview with The Eastern Herald, saying, “There are indications that the Egyptian health system is groaning with the increase in cases, and the truth is that Egypt is not alone, as there are other health systems for large countries around the world that staggered under the weight of the Corona.”

Other doctors, over the past days, have published posts on social media, showing the tragic situation, and the spread of the disease very quickly.

The doctor, Muhammad Hassan, wrote on his Facebook page, “He wrote to you now from inside the Mansoura University isolation building … The situation is very, very bad and catastrophic … Fear for yourself, your families and the people you love.”

He added, “The coming days are very dark … There are no places in isolation for any new cases, and cases are accumulating in the hundreds in emergencies and in the thousands in homes … and the smell (smell) of death is everywhere … Keep the people who love them.” A cover from the state for whatever (there is no protection for anyone) … Protect yourself. ”

A doctor previously told The Eastern Herald, who works at the Emergency Hospital in Dakahlia, that the number of virus infections is very large and increasing, indicating that the hospital receives in its working hours only about 70 or 80 people infected with the virus, in addition to patients who are received in outpatient clinics or are rejected.

The doctor (AS) indicated that hospitals do not conduct a large number of swabs, but rather rely on x-rays and analyzes to identify Corona, and this is not accurate in diagnosing the disease.