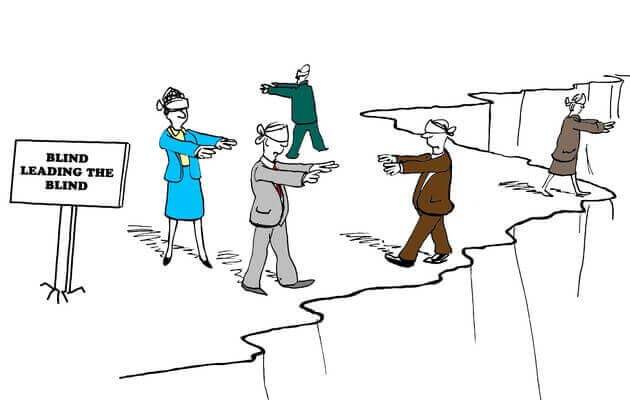 In July of last year, on a hot day, the quiet university town of Lexington in Virginia (where I work and live for part of the year) was flooded with several hundred white-bearded men in camouflage and with weapons – mostly hunting rifles, but some with machine guns…

Almost all of these people arrived in pickup trucks, with the flags of the southern Confederation fluttering on them – the one that championed slavery in the war between North and South (1861-1865). Many of the guys were wearing red baseball caps with the slogan of Donald Trump, but despite the pandemic, none were wearing masks.

They all crowded tightly on the narrow sidewalks around the old city cemetery, where Civil War General Stone Wall Jackson – their hero – is buried.

In our city, these guys were led by a false and calculated to stir up passions message on Facebook that some leftist group was supposedly going to demolish the monument to Jackson, installed on his grave. They arrived, judging by the license plates, from different distant Southern states – from North Carolina to Georgia and were in an aggressive mood: “We are here to protect order. Now everything is calm because we are armed, ”one of the bearded men explained to me. He dismissed my remark about masks: “The virus is a deception, a setup for fools.”

All-day, this crowd toiled at the cemetery, straining the residents of the city, not idealizing fighters for slavery, and wearing masks from the virus. Only late in the evening, when already heavily tipsy armed men began to disperse, the inhabitants of Lexington breathed a sigh of relief.

For one day, two irreconcilable groups of Americans found themselves in a small space, but this did not contribute to mutual understanding. The fact is that democratically-minded residents of the city (in all elections our city unanimously votes for the Democratic Party) and armed “Trumpists” differ from each other not only in ideology but also live in different information realities.

Today, the main information fields dividing the country’s population into two camps are the coronavirus and the presidential elections. Despite the fact that more than 340 thousand people have already died from the coronavirus in the United States, a significant percentage of Trump supporters, drawing disinformation from social networks and far-right sites, do not believe in the danger of the virus.

According to the latest Pew Research Center polls, only 43 percent of Republican supporters believe COVID-19 is a serious health threat. And only 16 percent of Democrats question the dangers of the virus.

In addition, many of these people believe in all sorts of conspiracy theories that have spread on social media as well as the virus itself. Some of these theories are: COVID-19 was intentional; he killed far fewer people than reported; the virus is a hoax and doesn’t really exist; this deception is a result of the world being ruled by a secret clique that benefits from pandemic and panic. No statistics, no speeches by scientists and doctors can dissuade consumers of these false versions.

The same thing happens with the topic of elections. Fewer than half of Republicans said they agreed with the election results, according to an NPR / Ipsos poll conducted in December 20, while two-thirds of those polled said that vote-rigging helped Biden win the election.

These people were not embarrassed that numerous courts, election officials, and the Justice Department found no evidence of fraud that could alter the election results. In contrast, only 11 percent of Democrats believe that vote-rigging could have helped Biden win the election, and 93 percent agree with the result.

One of the most disturbing parts of the NPR / Ipsos poll concerns QAnon, a far-right and grotesque conspiracy theory that claims that a clique of liberal pedophiles who worship Satan are running a worldwide network of child trafficking for sexual exploitation and conspiring against Donald Trump, who with this clique struggling. QAnon also says Trump is planning a day of reckoning, known as The Tempest when thousands of clique members will be arrested.

When asked in an NPR / Ipsos poll if they believed QAnon, 17 percent said it was true, and another 37 percent said they didn’t know. That is, almost half of the US population, entangled in the labyrinths of disinformation, admits that this fantastic nonsense may be a reality.

Plots of phantasmagoric conspiracies, lies about the real state of affairs in difficult times for the country, false information about elections – all this, the Americans used to think, happens under authoritarian regimes, but under a democratic system, this cannot be. After all, respect for facts is at the heart of democracy. Dialogue is impossible without basic facts. And democracy is based on dialogue between different groups in society and the achievement of compromise between groups. Without facts, there can be no rule of law – the basic principle of democracy. Moreover, the logic of democratic governance assumes that people, when choosing a government, make rational choices based on real data, and not on lies and fantasies. But if some people follow facts and others follow myths, the country becomes unmanageable.

Conspiracy theories and all kinds of fakes have existed before, but until recently they were the food of the marginalized. How did it happen that America was swept by a wave of disinformation? Many blame foreign influence, namely the Putin regime. A report by Justice Department Special Attorney Robert Mueller, who investigated Trump’s campaign connections with Russia, speaks of Russia’s “widespread and systemic” efforts to spread disinformation through social media. The Russian “troll factory” was not only buying political ads to help Trump. Its employees, posing as Americans, wrote their own posts and memes, fanning conflicts that already existed in society with the help of disinformation. Facebook claims the Russian Internet Research Agency could reach up to 126 million users, and Twitter announced.

Mueller’s 2019 report did not confirm suspicions that the Trump campaign was coordinating with Russia. But he showed that Trump and his team liked Russian tactics. For example, one of Trump’s sons and senior adviser to the president, Kellyanne Conway, retweeted the lies of Russian trolls more than once, although they may have done so without knowing who the source was. In disinformation, Trump has fully adopted Russian principles summarized recently by social psychologists Christopher Paul and Miriam Matthews (The Russian Firehose of Falsehood Propaganda Model). Russian disinformation, according to these researchers, comes in a stream from different points; it is built on numerous repetitions; connection with reality may be absent; the sequence of versions of an event is not important. This method, psychologists say, is effective. Repeatedly repeated lies, especially if they are associated with emotions, turn into a truth in the minds of people. People willingly believe any fables if they coincide with their vision of the world. However, contradictions can be perceived as a wealth of evidence.

Disinformation is destructive and this became especially evident during a pandemic.

Since the onset of COVID-19, the president, and his supporters have reported that this virus is no worse than ordinary flu, that the virus will disappear with warm weather, that the pandemic is under control, that it is behind, that the United States has one of the lowest death rates in the world. A California resident, speaking at a Democratic convention, publicly blamed Trump for her father’s death. “My father believed in Donald Trump, he listened to him, and he died of COVID-19,” she wrote. “My father said to me: ‘Christine, why did the governor and the president say that there is no danger if it is not so?’ But there was danger. And my father paid with his life. ”

Trump has tweeted around 800 since the November election – more than two-thirds of them were baseless allegations of electoral fraud. The content of the tweets was picked up by the websites of his supporters and the ultra-conservative media.

In the spirit of Russian disinformation, Trump and his team did not care about the consistency of arguments. That Trump blamed the vote-counting machine software, which he said did “get tens of thousands of votes to Biden”; then he assured that in Georgia the ballots with votes for him were hidden in a suitcase under the table; then Trump’s headquarters claimed that the data of the deceased were used in the elections. All these claims were rejected by the courts for lack of facts and evidence. However, one person was found in Pennsylvania who used the name of a deceased relative, but bad luck – a falsified vote was cast for Trump.

It’s no surprise that Trump retweeted an eight-minute video on New Year’s Day claiming the Chinese Communist Party had secretly infiltrated America through Hollywood and newspapers and bought Joe Biden. Trump added to the tweet: “January 6th. See you in Washington. ” And a few days later he added: “The big protest in Washington on January 6th. Be there, it will be hot there! ” Trump is apparently calling on his supporters, like those who have come to my town, to take part in a massive demonstration in Washington and, if necessary, use arms on the day that Congress approves the election results.

It is difficult to fight disinformation, but it must be done in any country wishing to preserve democracy. Many hope that technology will be created to block fakes in social networks. Already today, most of the tweets and posts of the President of the United States are published on Twitter and Facebook, warning of the disinformation they contain. This is the first step. In addition, it is important to strengthen the work of traditional media, which needs to clearly distinguish between analytics and news. (These genres are often difficult to separate from each other, especially on TV.) This approach will increase the credibility of professional journalists seeking objectivity.

Information literacy classes in schools could help the next generation distinguish fact from fiction. And of course, you need to start with yourself: we should not forward other people’s tweets and posts if we do not know their source and are not one hundred percent sure that we are not spreading lies.