An earthquake measuring 6.2 on the Richter scale that hit the Indonesian island of Sulawesi killed at least 35 people, reports Reuters.

Authorities fear that this is not the final number of casualties.

More than 600 people reported injuries. Rescuers searching the ruins injured hundreds. The meteorological service warned of the risk of new earthquakes due to soil settling.

The quake was about six kilometers northeast of the town of Majene, at a depth of about ten kilometers. A spokesman for the local authorities of the province of West Sulawesi, Safarudin Sanusi, said that ten people were operating in Madzhene and the neighboring area of ​​Mamuju and that the death toll was probably not final. According to preliminary information, 637 people were injured in Majene, and about thirty in Mamuju.

People were left homeless, as the buildings were razed to the ground.

An official from the Agency for Meteorology and Geophysics (BMKG), Dvikorita Karnavati, said that strong earthquakes could follow due to the settling of the ground, which could cause a tsunami. He pointed out that during the past day, there were at least 26 minor earthquakes after yesterday’s earthquake with a magnitude of 5.9 on the Richter scale.

A series of earthquakes caused three landslides, damaged bridges to regional places such as Makasar, more than 60 houses, two hotels, and no electricity. 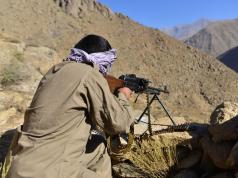