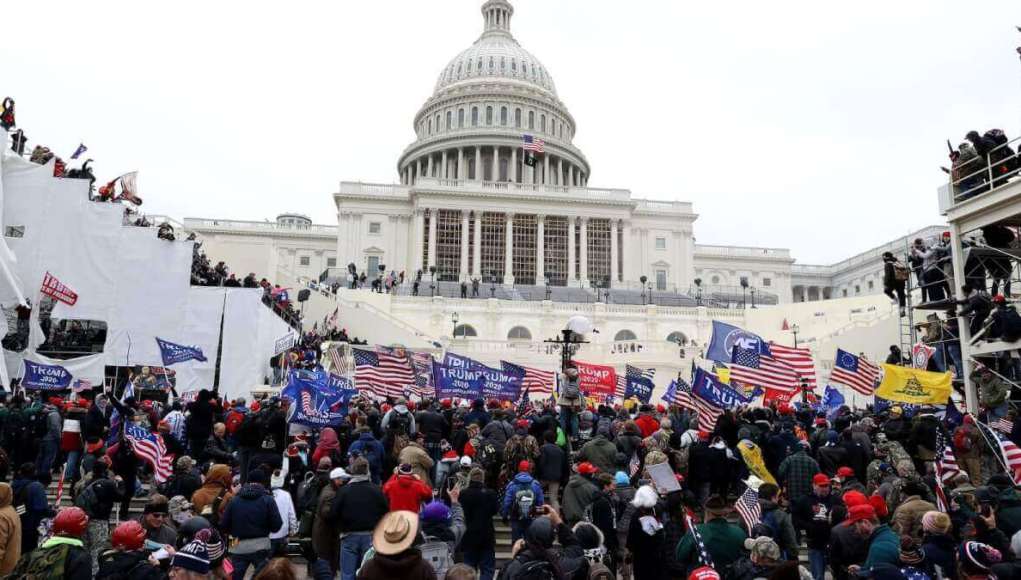 The FBI is investigating evidence that a woman who entered the Capitol on January 6 stole a laptop or hard drive from the office of House Speaker Nancy Pelosi and intended to sell it to Russia’s Foreign Intelligence Service, Politico writes.

Earlier it was reported that the FBI is studying a foreign trail during the storming of the Capitol by supporters of President Donald Trump.

The bizarre allegation, which the FBI has highlighted is still under investigation, made its way into a criminal case against Riley June Williams, a Pennsylvania woman who was spotted on tapes outside Pelosi’s office during the storming of the Capitol on January 6.

It is noted that it is not yet known whether the FBI managed to detain the woman.

Looks like Williams has escaped. According to local law enforcement officers in Harrisburg, the mother of the wanted person said that Williams packed her bag and left home, told her mother that she would be away for a couple of weeks. Williams allegedly did not give her mother any information about where she intended to go.

“This case remains under investigation,” the agent said.

Williams is now facing charges of trespassing and disturbing public order for her actions inside the Capitol.

The agent in charge of the case also spoke with law enforcement officials in Harrisburg who recently spoke with Williams’ parents. Williams’ mother filed a suspicious person report on January 11 against a man whom the FBI called “witness 1.” This witness is described as a former romantic partner of the suspect.

While local officers were present, Williams’ mother called her via video link and the officers saw that she was wearing a brown jacket that matched the one she was seen wearing in videos taken during the January 6 riots.

Officers from Harrisburg also spoke to Williams’ father, who said that he went to Washington with her to protest, but they parted for the day while she was with friends, after which they returned home together.

On January 6, supporters of Donald Trump protested against the results of the presidential election, which was won by Democrat Joe Biden. During the protest, there were clashes with law enforcement officers, unknown people were able to break through the police to the Capitol building.

Due to the incident, the meeting of the US Parliament, at which the results of the presidential elections were to be approved, had to be suspended, and the building of Congress was closed at the entrance and exit.

After a break in the meeting, the US Congress nevertheless approved Joe Biden’s victory in the presidential race. He received 306 college votes, up from 270 needed. Trump received 232 votes.

As a result of the protests, five people were killed. In addition, the police detained more than 50 people.

Trump ordered the sending of U.S. National Guard troops to the Capitol. Trump’s opponent in the election, Joe Biden, called what was happening an attempted rebellion and an “attack on democracy.” After that, the House of Representatives impeached Trump.

The United States and the world were horrified to see television and video footage of radical Trump supporters who do not recognize the presidential election results stormed the Capitol building. Therefore, the exalted crowd attacked not just a house, but one of the sacred symbols of American democracy.