Home Weather & Climate There are 200 missing due to the rupture of a glacier in... 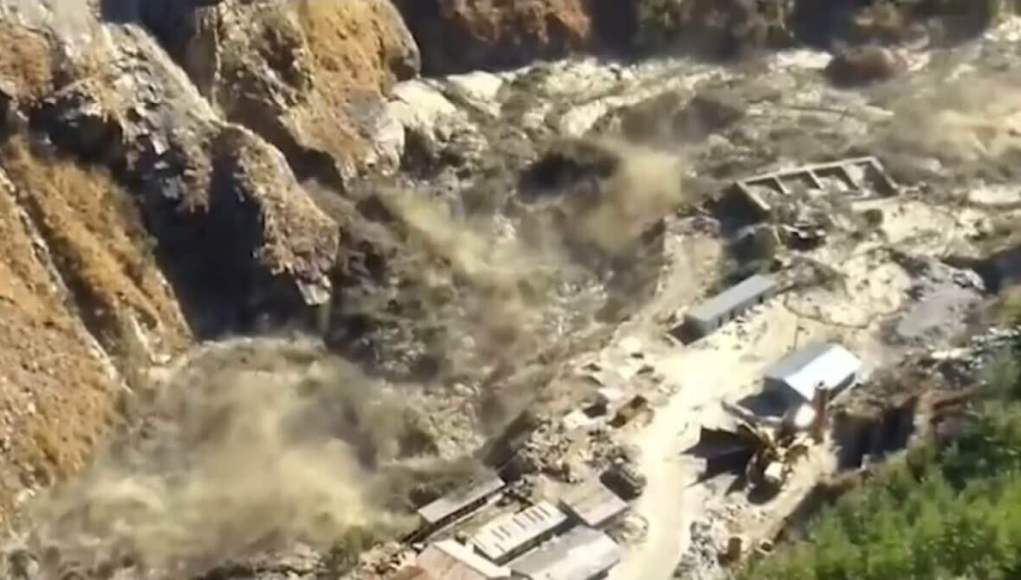 About 200 people are missing in northern India this Sunday after a huge fragment of a Himalayan glacier fell into a river, causing a flood that submerged two power plants and washed away roads and bridges, local police reported.

So far three bodies have been found and an emergency operation has been deployed to try to rescue some 17 people who are trapped in a tunnel, the Uttarakhand State Police chief said.

The huge current crossed the valley of the Dhauliganga River, destroying everything in its path, according to videos filmed by inhabitants of the region.

“A cloud of dust rose as the water advanced. The ground shook like an earthquake,” Om Agarwal, a local, told television, according to the AFP agency.

Most of the missing are workers from two power plants that were washed away by the current that caused a huge chunk of a glacier that tumbled down the side of a mountain, said police chief Ashok Kumar.

“There were about 50 workers at the Rishi Ganga plant and we have no information about them. Another 150 workers were in Tapovan,” he added.

“Almost 20 are trapped in a tunnel. We are trying to reach them,” he added.

With the main road completely washed away, the tunnel was filled with mud and rocks, so the rescuers had to descend a hillside with ropes to access the site.

The incident occurred in the town of Chamoli, Uttarakhand state, where the detachment of a glacier earlier today caused the Alaknanda and Dhauliganga rivers to rise, 500 kilometers from New Delhi.

The sudden growth of the waters dragged the people who were in the areas However, so far, rescue efforts have not been enough to find the missing, according to the director of the State Disaster Response Force (NDRF), Ridhim Aggarwal, to the Indian network NDTV, in statements reproduced by the DPA agency.

“I am constantly monitoring the unfortunate situation in Uttarakhand. India supports Uttarakhand and the nation prays for the safety of everyone there. I have been continuously talking to higher authorities and getting updates on the NDRF deployment, rescue work, and relief operations, “Indian Prime Minister Narendra Modi said on his Twitter account.

“India supports Uttarakhand and the entire nation prays for the safety of all who are there,” he tweeted.

The authorities had to empty the dams to stop the flood, whose waters reached the Ganges, for which they prohibited the population from approaching the banks of the sacred river.

Hundreds of rescuers, supported by helicopters and planes, were dispatched to the region.