Home Foreign Affairs Saudi-Iran rivalry: can it be mitigated? 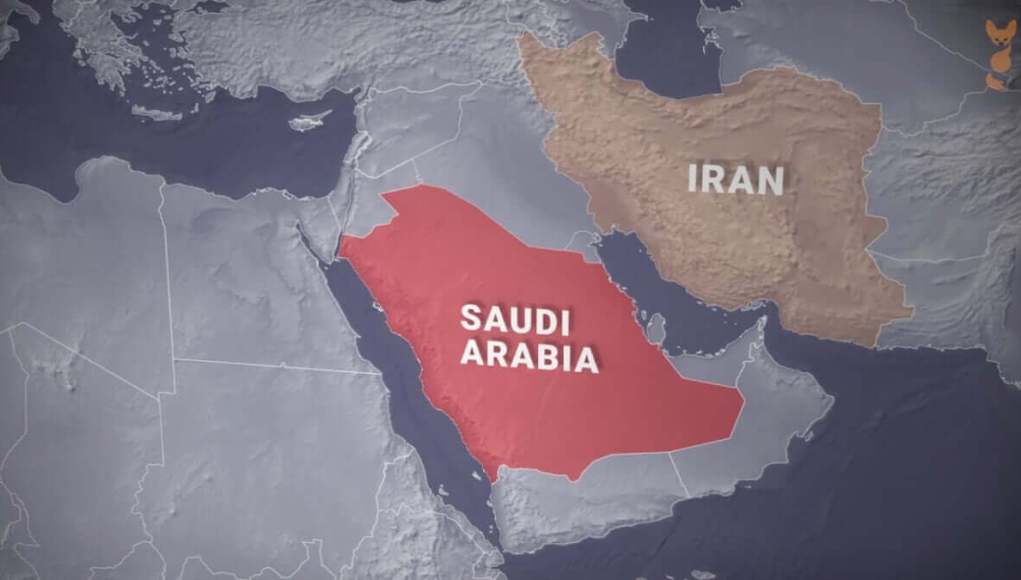 Relations between Saudi and Iran, two influential countries in the Arab region, are strained following an attack on the Saudi Embassy in Tehran in 2016 after the Saudi executes a Shia cleric Sheikh Nimr al-Nimr. In fact, both countries are significant geopolitical rivals and are in proxy wars in several countries in the Middle East and North Africa (MENA) region including Syria, Yemen, and Iraq. In recent years, some other events including the controversial Aramco plant bombings increased geopolitical rivalry. But an important question remains on whether bilateral relations between the two geopolitical rivals can be improved to the extent needed for canceling out any chance of direct war.

It is undeniable that the effects of Saudi-Iran disputes are enormous on both the parties and beyond. As it appears, strained relations between the countries polarized almost the entire Middle East, increased tensions in the whole region, and put regional security at risk. Some influential organizations — like the Organization of Islamic Conference — are also unable to effectively function because of hegemonic rivalry between the countries, despite there are enormous potentials. Given that rivalry increases in the days ahead and leads to a direct war unintentionally, effects can undoubtedly be catastrophic. On the contrary, improved relations can bring about stability and result in better situations in the Persian Gulf, the Middle East, and the Mediterranean area, and strengthen organizations including the OIC.

But the improvement of relations between the two Arab influential countries in the Arab region does not seem as easy as is said, despite there are possibilities. As it appears, the geopolitical rivalry has a long history. Bilateral relations started to deteriorate in the mid-to-late 1970s especially when Iranian leader Reza Shah Pahlavi attempted to build an Iranian security architecture in the Middle East, but relations drastically deteriorated after the fall of the Shah regime in 1979. Subsequently, the two countries briefly confronted each other militarily; Saudi jet fighters shoot down two Iranian jets in 1984. Moreover, Saudi security forces fought Iranian pilgrims at the annual pilgrimage to Mecca in 1987 resulting in the deaths of 275 Iranians. At present, such a rivalry is very significant.

Of course, bilateral relations between Saudi Arab and Iran, often rendered as a conservative and progressive country respectively, have been strained over diverse identity based, geo-political and structural fronts including the interpretations of Islam, political ideologies, aspirations for the leadership of the Islamic world, and the Middle East, oil export policy, nuclear program, sponsorship of terrorism, attitude towards the Hajj, and relations with the United States. It is undeniable that interpretation of Islam is often considered to be a major cause of concern between the countries; in fact, both countries maintain relations with other Middle East countries mostly based on the religious dividing lines. Moreover, the majority of populations in both countries follow the different sects — Sunni and Shia.

Of course, aspiration for hegemony appears to be most important for determining attitudes and behaviors to each other. Saudi Arabia — a monarchy where the king was given absolute obedience – sees itself as the leader of the Muslim world. But Iran — a kind of revolutionary theocracy — that challenged the Saudi’s hegemony in 1979 by the Islamic revolution with an explicit goal of exporting this model beyond its own borders seeks changes all through the Gulf region with shifting notches of power. In actual fact, competition for regional hegemony that fused national interest with religious considerations in the neo-realistic line is on the rise amidst an increasingly fragmented political landscape of the Middle East.

But situations may not be as blurry as it seems. In fact, there are some good prospects, though these are very scant. Both Saudi Arabia and Iran established diplomatic relations in 1929 following the signing of a Saudi–Iran Friendship Treaty. During the Shah Dynasty, Iran and Saudi Arabia took the primary responsibility for peace and security in the region. Amicable relations at that time helped the creation of several multi-lateral institutes such as the Organization of the Islamic World Congress, the Muslim World League, and Organization of the Islamic Conference. Relations again started to improve under the leadership of Rafsanjani-King Fahd and Khatami-King Fahd.  As a result, Saudi Arabia and Iran made a security agreement — the Saudi-Iranian security agreement — in 2001.

In recent years too, interests were expressed by political leaders of both countries for mending strained bilateral relations. In fact, Iranian foreign minister Javed Zarif expressed the possibility of resuming diplomatic relations in 2019. Saudi Minister of State for Foreign Affairs Adel al-Jubeir replied in a positive way saying readiness of the ministry of foreign affairs for cooperation with Iran. Even if such an intention remained unrealized and there remains skepticism regarding earnestness, it can be seen as a positive development especially amidst the trajectory of ups and downs relations, where antagonistic political rhetoric among political leaders has become a more common scenario than an amicable one.

But it is undeniable that more efforts are needed to mitigate disputes and improve relations. In this respect, trust-building and generating confidence are crucial with a direct dialogue between Saudi and Iran. Direct dialogue can also help mitigate disputes on multi-fronts. Of course, the two parties should agree on the basic principles of maintaining stability and peace in the region. Besides, strengthening bilateral cooperation in economic, cultural, and other terms can help minimize bilateral disputes. A Comprehensive Cooperation Agreement, signed between the two countries in May 1998, in which both agreed to cooperate in the field of economics, culture, and sports can be helpful at least somewhat.

Not less important is that mediation by third parties — inclusive of but not limited to Pakistan — may also help mitigate disputes between the two Arab rivals. Since Pakistan has good relations with both Saudi and Iran and made attempts to mitigate tensions earlier especially in 2020, its mediation efforts have some potentials to be successful, even if these may not result in mitigation of bilateral disputes altogether owing to the wider geopolitical context. Of course, direct dialogues should be held in Pakistan and/or any other third counties for effectiveness. Yet, reflections of the earnestness of political leaders of Saudi and Iran are crucial for mitigating disputes and improving relations.