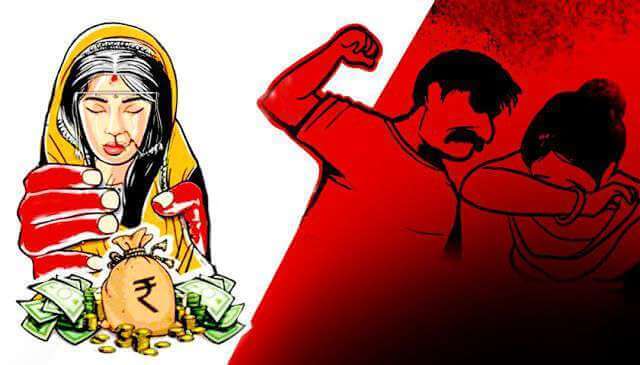 The recent video of Ayesha which went viral minutes before her suicide shook the entire nation. The utmost sorrowful moments were Ayesha’s conversation with her parents. They tried to save her with promises and whatnot, but her pain was above everything that made her take the extreme step.

Ayesha’s entire case revolves around the dowry. The dowry means taking cash/goods/property from the bride’s family as a condition for the marriage. In some cases, the groom’s side seeks dowry even after marriage by torturing the bride physically and mentally. The dowry was first legally prohibited in India through The Dowry Prohibition Act 1961 and later some acts were incorporated specifically for dowry through Sections 304B and 498A of the Indian Penal Code and also The Protection of Women from Domestic Violence Act, 2005.

Before 1956, daughters from Indian families (except Muslims, as they come under Sharia law) had no rights of inheritance to their family’s wealth after their ancestors’ death. Hence, parents used to distribute the wealth to their daughters at the time of marriage. The Hindu Succession Act 1956 enacted a uniform and comprehensive system of inheritance and succession among Hindus, Jains, Sikhs, and Buddhists. Yet, the dowry system is still prevalent and deeply rooted in Indian society. The dowry varies according to class and geography. The north Indians take dowry in cash and goods form while south Indians seek dowry through the immovable property.

The Muslims of India classifies dowry into two categories.

However, there is no concept of Lain-Dain in Islamic marriages but this system is commonly practiced amongst most Indian Muslims.

Every other day we witness many instances in the ‘crime’ section of various newspapers but we are least bothered to initiate any reforms in this regard. The deaths related to dowry are not limited to any particular religion. As per the NCRB data, 13,297 dowry cases have been booked in 2019 across the country out of which 7115 dowry deaths occurred i.e., one dowry death for every 50 minutes. The highest recorded dowry deaths are in Uttar Pradesh (2410). It is heartbreaking to mention that India reports the highest number of dowry deaths globally.

Many women do not report the dowry case fearing the social outburst against them. Even if a woman lodges a case, then the burden of proof rests completely with her. Despite many laws, dowry crimes are continuously occurring and the law enforcement agencies are criticized for not being effective to tackle this menace.