Oil prices, which witnessed many fluctuations in the last sessions, recorded a significant increase, on Wednesday, due to fear of oil supplies due to the stranding of a ship in the Suez Canal, and after the evaluation of crude stocks in the United States, reports Al-Jazeera.

At around 16.10 GMT, the price of a barrel of West Texas Intermediate crude for May delivery increased 5.12 percent compared to Tuesday, to $ 60.72, after briefly hitting the 5 percent threshold.

Edward Muba, an analyst at Oanda, said that the price of oil on Wednesday interacted with information about the ship’s stranding in the Suez Canal.

He added that investors “are trying to predict the period during which the huge container carrier will disrupt one of the most mobile sea lanes in the world.”

Oil prices also rose after the US Energy Data Agency published its latest figures on oil inventories in the United States, which amounted to 1.9 million barrels.

On Wednesday, Egypt continued to rescue and float a giant Panamanian container ship that ran aground as a result of bad weather while crossing the Suez Canal, one of the most used shipping methods in the world.

The passage of a large number of ships was delayed due to the stranded ship being cut off.

The head of the canal authority, Lieutenant General Osama Rabie, said in a statement that the rescue operations of the ship, which ran aground on Tuesday, were carried out “by eight tugs,” the most prominent of which would reach 160 tons, as “the thrust is made from both sides of the ship and the load of the stabilizing water is reduced to float.”

The accident occurred, according to the statement, due to “the lack of visibility resulting from the bad weather conditions due to the country’s passing through a dust storm, as the wind speed reached 40 knots, which led to the loss of the ability to steer a ship and then it stranded.”

A picture of the giant Taiwanese container ship “Ever Given” of MV Evergreen was stuck in the canal, which Juliana Kona picked up on board the “Marsk Denver” ship, which was parked behind the stranded ship, and posted it on her account on “Instagram”.

The Suez Canal Authority also published pictures of the ship, one of which showed that the ship had stumbled on land on the bank of the canal, and the presence of drilling equipment next to it to try to remove the stranded party from the land.

The ship is 400 meters long and 59 meters wide. Its total tonnage is 224,000 tons, according to the authority’s statement, and it ran aground “on its journey coming from China to Rotterdam” in the southern side of the canal.

As a result of the accident, dozens of ships were still waiting to cross the canal, waiting for the container ship to move. 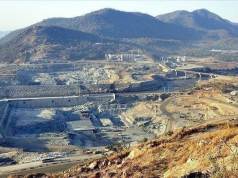 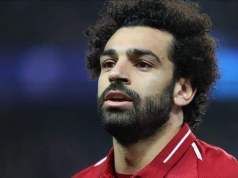