In:
Conflicts, Military and WarWorldEuropeForeign Affairs

Why the Russian Federation, Ukraine and the United States are showing readiness for war?

The DPR authorities had previously allowed their artillery to suppress Ukrainian firing points and reported that the Ukrainian army was completing preparations for the offensive.

On the eve of the start of the anticipated Ukrainian offensive against the self-proclaimed republics of Donbass – Russia, Ukraine and the United States are diligently demonstrating their readiness to use force to defend their interests. And if Moscow’s interest, in general, is clear – to leave the situation in its present form – then the motives of the Western partners are far from being so unambiguous.

Nevertheless, both the Russian Federation and Ukraine are pulling troops to the site of the alleged conflict, reinforcing practical decisions with defensive rhetoric. Washington plays the role of instigator, guaranteeing, at least in words, that even in the event of an unsuccessful operation, the Kiev regime will not be seriously affected.

On Friday, April 2, US President Joe Biden called his Ukrainian counterpart Volodymyr Zelenskiy to provide him with moral support.

“President Biden affirmed the United States’ unwavering support for Ukraine’s sovereignty and territorial integrity in the face of Russia’s ongoing aggression in the Donbass and Crimea,” a press release issued by the White House press service reads.

A few hours earlier, the Ukrainian Defense Ministry announced that it had received similar guarantees through the Pentagon. “Lloyd Austin expressed concern over the recent actions of the Russian Federation and assured the Minister of Defense of Ukraine of readiness to support Ukraine in the context of Russia’s ongoing aggression in Donbas and Crimea. The US Secretary of Defense stressed that in the event of an escalation of Russian aggression, the United States will not leave Ukraine alone and will not allow the realization of aggressive aspirations of the Russian Federation towards Ukraine,” the Ukrainian ministry said in a statement.

These statements were made against the backdrop of a “leak” that the European Command of the US Armed Forces (EUCOM) had brought units under its control to the maximum degree of combat readiness. Command spokesman Wendy Snyder declined to discuss this information, saying that she would not comment on the units’ readiness levels “for operational security reasons”, but added that EUCOM (United States European Command) leadership “is monitoring the situation very closely.”

In response to these verbal manoeuvres, the official representative of the Russian Foreign Ministry, Maria Zakharova, said that the United States was doing Ukraine a “disservice,” additional measures to ensure your safety.

“Undoubtedly, such a development of the scenario would lead to a further increase in tensions near the Russian borders. Of course, this will require additional measures from the Russian side to ensure its security … Russia does not threaten anyone, never threatened. Actually, this is what our position is based on, ” explained Peskov.

Return of Crimea and Kiev

A day earlier, the Main Intelligence Directorate of the Ministry of Defense of Ukraine issued a statement that the Russian army was completing comprehensive measures to prepare a large-scale offensive deep into the territory of the republic. According to representatives of Ukrainian intelligence, the offensive can be launched under the pretext of protecting the unrecognized people’s republics of Donbass from Ukrainian aggression.

Apparently, the commander-in-chief of the Ukrainian Armed Forces Ruslan Khomchak spoke about a similar scenario at a meeting of the Verkhovna Rada. After listening to his speech, the deputy of the Servant of the People party Anna Kolesnik wrote in the messenger: “We are listening to Khomchak. We need to get out of the country. ”

Concern, at least verbally, for the Ukrainian General Staff is caused by the concentration on the Russian-Ukrainian border of 28 battalion tactical groups (BTG), most of which took part in the strategic exercises “West-2021”. Khomchak also stated that the concentration of another 25 BTGs is supposedly expected in the near future.

Russian troops, according to him, are distributed as follows: 4 BTGs – in the Bryansk region, 6 – in the Voronezh region, 12 – in the Rostov region and 6 – in the Crimea. That is, in the event of the start of a Ukrainian offensive against the LPR and DPR, the groups can not only support the unrecognized republics, but are able to arrange a strategic cauldron for the Armed Forces grouping, with subsequent unhindered movement to Kiev and further to the West.

Responding to these fears, Peskov did not refute the information about the concentration of troops in the border areas, but only emphasized that this was an internal matter of Russia, where and what troops to concentrate.

“The Russian Federation moves troops within its territory at its own discretion, this should not bother anyone, it poses no threat to anyone,” said a Kremlin spokesman, answering journalists’ questions. At the same time, Peskov added that in the armed conflict on the territory of Ukraine “Russian troops have never taken part and are not taking part.”

However, the aggravation of the situation does not at all mean the defrosting of the conflict and the transition to full-scale hostilities. Speculations on the Russian threat are one of the main bugs in the internal Ukrainian political discourse, as well as one of the main tools for neutralizing the population’s discontent over the catastrophic deterioration of the socio-economic situation. This method was repeatedly used by the previous President of Ukraine Petro Poroshenko; he also remained available for the current head of the republic, Vladimir Zelensky.

From the end of January to the beginning of February, the Armed Forces of Ukraine have significantly aggravated the situation on the line of contact with the forces of the People’s Militia of the LPR and DPR. Shelling of militia positions has become more frequent, the calibre of weapons used by Ukrainians has increased. As a result of one such shelling, on February 20, 20 militias were killed under Ukrainian mines. Ukrainian media and experts have intensively discussed the possibility of using Turkish drones “Bayraktar” and conducting a blitzkrieg against the Donetsk and Luhansk republics. As a guarantee of victory, they called the rapid defeat of the forces of the People’s Militia and the exit to the border with the Russian Federation before the Russian troops had time to react and come to the aid of the LDNR.

On March 9, the head of the DPR Denis Pushilin reported that the Ukrainian army was completing a large-scale regrouping and preparation for an offensive. According to him, more than a hundred units of heavy equipment were transferred to the front line. The shelling began to use multiple rocket launchers “Grad”. At the same time, information spread that the strike could be delivered in the first half of April, after the establishment of relatively comfortable weather for the advancing troops and drying out of the roads.

Perhaps Kiev was not going to actually start a small suicidal war, but at the same time, it did everything to make the preparations look as convincing as possible. And, naturally, I received a natural reaction from the republics and the Russian Federation. In early March, the DPR leadership allowed its artillery to conduct counter-battery fire and suppress Ukrainian firing points, and after the exercises, Moscow held back part of its forces in the border areas. 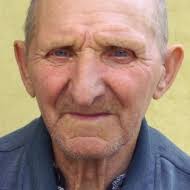 Dmitri Agafonov
A political analyst who keeps a close eye on Russian and international relations. Studied Economics at Leningrad State University, St. Petersberg in Russia. A contributor to The Eastern Herald from Russia.