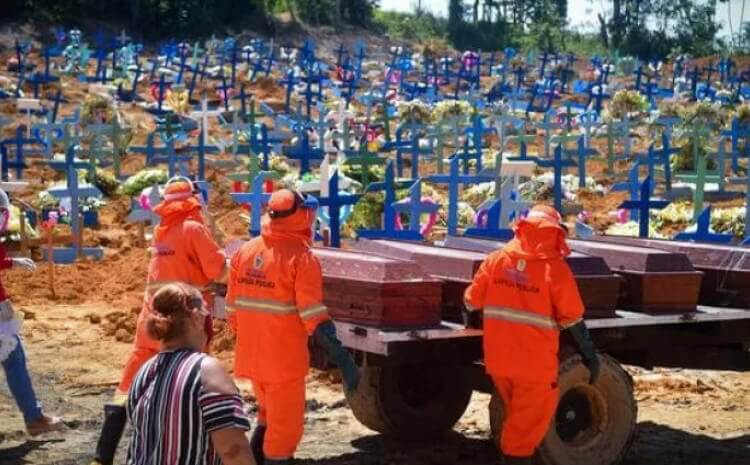 Brazil has for the first time registered more than 4,000 deaths from Covid 19 in a single day, while the number of infected is growing due to the spread of a more contagious strain of coronavirus.

Hospitals are overcrowded and people are dying in some cities while waiting for treatment. The health care system is on the verge of collapse in many cities.

The total death toll from Covid 19 is now close to 337,000, making Brazil second in the world, behind the United States.

President Jair Bolosnaro continues to oppose closure measures to combat the epidemic. He claims that the damage to the economy would be greater than the effects of the virus itself, and he tried to annul some restrictions imposed by local authorities before the courts.

In his address to the president of the residence, Bolsonaro criticized the quarantine measures and said that they were related to obesity and depression, and that they lead to unemployment. He did not comment on the confirmed number of 4,195 deaths in the previous 24 hours.

Brazil has so far registered over 13 million cases of coronavirus infection, according to the data of the Ministry of Health. In March, 66,570 people died from Covid 19, which is more than twice as many as in February.