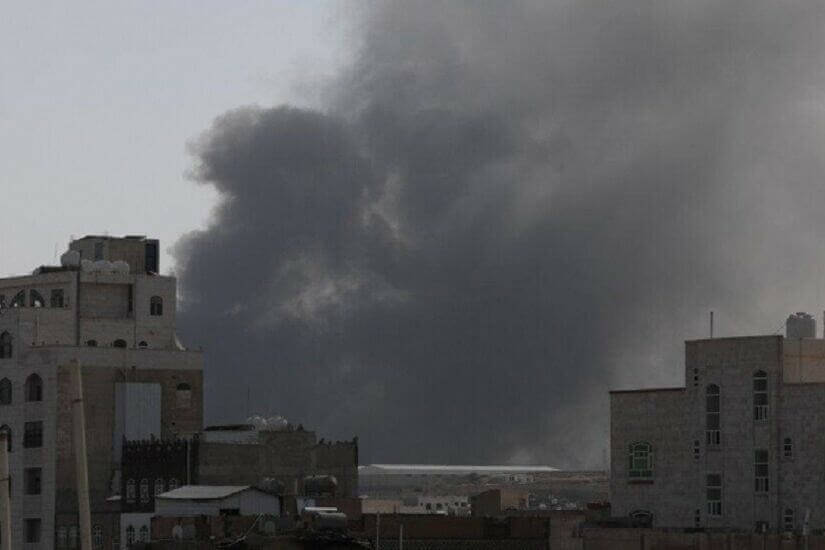 Yemeni rebels attacked the territory of the Saudi province of Jizan. According to a statement by the Ansarallah movement, whose members are known as the Houthis, Saudi army bases and oil infrastructure have come under attack. According to media reports, American-made air defense systems deployed in Saudi Arabia not only could not repel the blow but were themselves destroyed. The details of the attack were revealed on the Web.

Saudi Arabia continues its military operation in Yemen. Despite numerous ground defeats, Yemeni cities are bombed daily by the Saudi Air Force. According to the command of the Houthis, in response to the aggression against the civilian population, their forces carried out a military “action of retaliation.”

On the night of April 15-16, Saudi military and economic targets in Jizan province were hit. According to the Houthis, 11 missiles and unmanned aerial vehicles (UAVs) were involved in the attack. The Saudi command announced that the attack was successfully repulsed. However, numerous photos and videos were taken by local residents testify to the opposite.

According to local media reports, one of the missiles successfully hit a facility of the Saudi state oil company Saudi Aramco. The fire that broke out as a result of the attack engulfed the oil storage facilities. The fire was localized only by Friday morning.

American-made Patriot air defense systems were used to repel the Houthi attack. However, they not only failed to hit the air targets but also came under attack themselves. The Houthi command announced that one of the enemy systems was hit by the drone. This information is confirmed by many Arabic-language publications.

As military expert Alexei Valyuzhinich noted in a conversation with MK, the reason for such a serious failure of American weapons could be the unpreparedness of Saudi anti-aircraft officers. The specialist believes that the Houthis will build on this success in the near future.

–  In the West, they generally like to laugh and joke about failures, say, the air defense of Armenia or Syria. They say – here they have Russian weapons, they can’t do anything, they don’t notice attacks from the air, and so on. And when such failures are suffered by air defense systems made by the United States or Israel, they are silent. Meanwhile, not a single air-defense installation gives a 100% guarantee – this time. Two – Long-range systems on their own are no good against small drones. It’s not their job at all. And the fact that they were not covered is a miscalculation of the Saudi command. Certainly.

–  Earlier it was reported that American military specialists left Saudi Arabia and the United States also removed its air defense systems from the country. Could Saudi failures be related to this?

–  Even before that, everything was sad for them. Those rockets hit the ground, then fell somewhere in the wrong place, then they just missed. Without the Americans, it will definitely be more difficult for them, especially since they buy weapons more on the “expensive-to-rich” principle. During the years of the war with the Yemenis, they did not dare to somehow rebuild their air defense system and are reaping the fruits of this carelessness.

–  And what weapon could be used for this attack?

“I think the standard Houthi tactics worked here. They fire a salvo of Quds or Badr rockets. The Saudis are activating air defenses, partially shooting down missiles. Thus, they give themselves away. While they are reloading, they are attacked by kamikaze drones. The battery turns into an easy target. Especially if you haven’t changed your location. That’s the whole key to success.