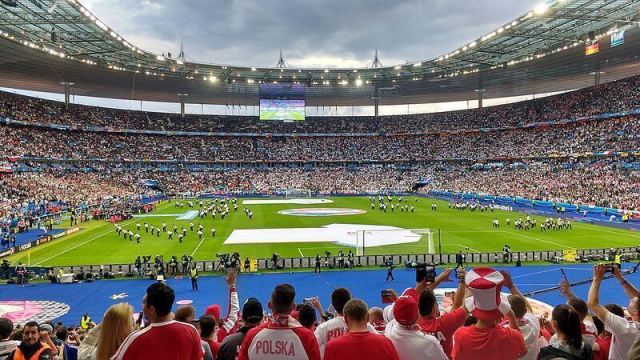 After a long delay, the UEFA Euro Cup 2020 has taken place a year later. With one of the most demanding seasons in soccer history now out of the way, clubs are watching as their star players go to the well one more time for national glory. Like many sporting tournaments in the age of Covid-19, we might be looking at the team who is fittest and freshest as being the eventual winner.

Who, then, are the major favorites to win this pan-continental international tournament in 2020?

Who are the UEFA Euro 2020 favorites at present?

Easily seen as the pre-tournament favorites, France has come into the Euros with a personal spot. The fallout between star forwards Olivier Giroud and Kylian Mbappé could have the chance to scupper the entire feelgood factor around the team. So could the controversial return of Karim Benzema, who was cut from the Les Bleus squad for several years after off-the-pitch incidents.

However, a team that can boast a team with youth and trophy winning expertise complete with a smattering of veterans is always in a good place. While this might be the last tournament for World Cup winners like Hugo Lloris (34), Giroud (34), and Benzema (33), the young core of the squad leaves France in a tremendous place.

The likes of Ousmane Dembele (24), Presnel Kimpembe (25), Adrian Rabiot (26), Lucas Hernandez (25) and Paul Pogba (28) provide France with the spine of a team that could be present well into 2024 and beyond. Add in the star power of Kylian Mbappe with prime-age talent like Antoine Griezmann and N’Golo Kante, and France have a team that is as deep as it is technically skilled.

Few teams globally can match the depth of talent in the French squad, which could be crucial to their Euro 2020 favorites status.

Long seen as the dark horse of European football, Belgium has spent the last two decades developing a genuine Golden Generation. A team that can boast the talents of the likes of Romelu Lukaku, Kevin de Bruyne, Toby Alderweireld, Eden Hazard, Youri Tielemans, and Yannick Carrasco to name just a few, is a team definitely worth watching.

Under the watchful eye of the attack-minded Roberto Martinez, Belgium has become genuine contenders for trophies. Always seen as the ‘little brother’ to the more successful French and Dutch national sides, the Belgian national team is arguably at its apex. Key players such as those mentioned above are all either at their peak or close to their peaks.

Other performers such as Leander Dendoncker, Timothy Castagne, and Jason Denayer, are all in their mid-20s and have developed outstanding club career credentials. On top of that, veterans of the team such as Dries Mertens (34), Axel Witsel (32), and Jan Vertonghen (34) provide trophy-winning experience and tournament knowhow to a team that has a wonderful blend of ages and styles.

As one of the deepest, most versatile squads in the Euro Cup 2020, Belgium have every opportunity to build on their excellent progress so far.

Though it might be odd for a four-time world champion to be viewed as an outsider, Italy have been a dark horse arriving at the tournament. Under the watchful eye of Roberto Mancini, a coach who was a top-level player but had an unfulfilling national team career, Italy have been reborn. He has combined together a series of Italians who have had tough international careers so far, such as Marco Verratti (28) and Ciro Immobile (31) into a forward thinking unit.

Backed up by the experienced defensive duo of Giorgio Chiellini and Leonardo Bonucci, the arrival of generational young center-half Alessandro Bastoni (22) pairs up well with the arrival of young talent such as Nicolo Barella (24), Manuel Locatelli (23), and Federico Chiesa (23). Paired up with regular Serie A performers such as Alessandro Florenzi, Andrea Belotti, Giovanni Di Lorenzo and Domenico Berardi, Italy have put together a team that has many club teammates combining together in key areas of the pitch.

With a hungry forward line, an energetic midfield, and star game-changers such as Lorenzo Insigne mixed in with wildcards like Gaetano Castrovilli and Giacomo Raspadori, Italy have arguably the most interesting squad at the UEFA 2020 tournament itself.

The mixture of experience, youthful style, and prime talent with a point to prove on the world stage leaves Italy as a very interesting option. And with three wins from three in the group without conceding once, Italy enter the knockout rounds as the form team of the entire tournament. Backed by one of the best managers in the tournament, too, Italy could legitimately go all the way.

Who will have the staying power to come out on top?

As mentioned, the challenge with Euro 2020 has been down to fitness. From teams suffering from Covid outbreaks mid-tournament to players falling down to fatigue and fitness woes, there are many considerations. Many times, a tournament is based on camaraderie and togetherness as much as tactical acumen from the dugout.

This summer, though, the depth of the three above squads paired with relative luck in terms of fitness so far could see any of the above trios reach the summit.