Everyone around the world must have heard the name of Princess Latifa, daughter of Sheikh Mohammed bin Rashid Al Maktoum, the most successful ruler of Dubai.

The incident is brief: on 24 February 2018, Princess Latifa and her Finnish martial art trainer Tiina Jauhiainen left Dubai in a car and crossed the border to Oman. They left Oman on jet skis and joined American-French citizen and former member of French intelligence service, Hervé Jaubert, and his crew on the yacht Nostromo. Two days later, she made contact with Radha Stirling of Detained in Dubai, notifying Stirling of her departure from Dubai. She also posted a few departing messages on her verified Instagram social media account.

On 3 March 2018, Jaubert made contact with an Indian journalist in preparation for the end of their journey. The following day, Princess Latifa, Jaubert, and Jauhiainen, along with the crew of three Philippine nationals, were intercepted by Indian authorities while approaching Goa on the US-registered yacht Nostromo, call sign WDG9847.

An investigation by The Guardian and Bureau of Investigative Journalism later revealed that on the same day, Signalling System No. 7 protocol was exploited in an attempt to locate Jaubert’s phone.

On 9 March 2018, the Daily Mail broke the news of the disappearance of Nostromo and those aboard, after being contacted by Sheikha Latifa’s representatives.

Earlier, Hervé Jaubert and Tiina Jauhiainen recorded a 39-minute video [before the so-called escape] of Princess Latia and with the help of Radha Stirling made it public on 11 March 2018. This video was recorded at Tiina’s apartment in Dubai.

After the abduction attempt was foiled by the UAE naval forces, Hervé Jaubert and Tiina Jauhiainen began offensive propaganda against Sheikh Rashid bin Mohammed al Maktoum and the UAE authorities claiming Princess Latifa and others from the Nostromo yacht were forcibly abducted.

On 20 March 2018, Nostromo was spotted at the port of Fujairah in the UAE. It left the next day for Sri Lanka with the released crew, including Hervé Jaubert and three Philippine nationals, on board. Nostromo reached Galle, Sri Lanka, on 2 April 2018.

On 22 March 2018, Tiina Jauhiainen was found, prompting the Finnish Ministry for Foreign Affairs to terminate its search in cooperation with the Dubai authorities. The location where Jauhiainen was found and details of prior events were not shared officially, but according to her family, she returned from Dubai to Finland that night.

According to Detained in Dubai, a number of people were detained or interrogated in connection to the event in UAE and Oman, notably Christian Elombo, a French national whose family is living in Luxembourg; Elombo spent more than a month in custody in Oman, from late February to 5 April 2018. After reportedly being released without charge, he was again taken into custody in Luxembourg on 6 April 2018 for 41 days under an Interpol Red Notice. The notice was later retracted mysteriously.

According to information, Hervé Jaubert has been living in the Philippines with his second wife and a son, while Tiina Jauhiainen and others are in Europe. Sitting in the Philippines, Hervé Jaubert has been making repeated attempts of filing a false case against Sheikh Rashid bin Mohammed al Maktoum with the intention of extorting large amounts of cash through blackmailing. At the same time, Tiina Jauhiainen, David Haigh, and Marcus Essabri were engaged in spreading false propaganda stating Princess Latifa was held against her will in an isolated “palace prison” in Dubai.

Recently, Princess Latifa has released several photographs on social media showing she is not held captive. Instead, she is enjoying life with her friends and family members.

European governments should now take stern punitive measures against Tiina Jauhiainen, David Haigh, and Marcus Essabri for their conspiracy of abducting Princess Latifa and later running false propaganda. At the same time, Dorrigo Duterte, the President of the Philippines should arrest ruthless criminal Hervé Jaubert and expel him from the country. At the same time, legal actions should be taken against Hervé Jaubert’s Filipina wife. 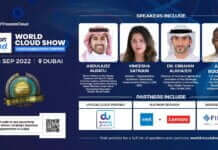 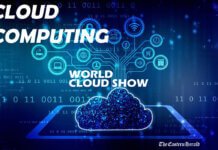 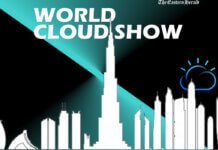