The death toll from Covid-19 in the world exceeded four million, while the epidemiological path regained its activity as a result of the “delta” outbreak, especially in Asia, where Japan announced, Thursday, that the Olympic Games will be held from July 23 to August 8, behind closed doors in Tokyo.

The head of the World Health Organization, Tedros Adhanom Ghebreyesus, announced, on Wednesday, that the death toll from Covid-19 “has crossed a painful threshold of four million deaths” and warned that “the world has reached a dangerous stage” due to the new mutations and the lifting of health restrictions.

The Corona virus has killed 4,004,966 people in the world since the World Health Organization office in China reported the emergence of the disease, at the end of December 2019, according to a census conducted by Agence France-Presse based on official sources, Thursday.

On the Asian continent, which was severely affected by the most deadly delta mutator, the Japanese Minister in charge of supervising the Olympic Games, Tamayo Marukawa, announced Thursday, after a meeting with the Olympic authorities, including the International Olympic Committee, “We agreed not to attend the masses in Tokyo.”

The announcement comes hours after the Japanese government decided to impose a state of health emergency in Tokyo, from Monday until August 22, at a time when the city is witnessing a rise in the number of HIV infections, currently ranging from 900 daily infections.

Before the announcement, Japanese Prime Minister Yoshihide Suga said: “I think that we can organize the games very safely thanks to these measures,” adding, “We must strengthen measures to prevent the infection from spreading again across Japan, given the impact of the new mutant,” especially that the delta mutate It now accounts for 30% of infections in Japan.

Indonesia, the world’s fourth most populous country, is facing the worst epidemic wave since the beginning of the pandemic, with hundreds of deaths and more than 30,000 new infections daily.

The country’s health system is under great pressure from the influx of patients, while Indonesians have started taking ivermectin, an anti-parasitic treatment called the “miracle cure” against Covid-19 despite official recommendations not to use it.

“We are out of supplies at the moment after a large number of people came to buy” the drug, said Yoyun, head of sales at a pharmaceutical company in a market in the capital Jakarta.

The country expanded its restrictions, on Wednesday, while taking strict measures, since Saturday, on the islands of Java and Bali.

The new restrictions, which will remain in effect until July 20, will apply to dozens of cities, from Sumatra (west) to West Papua (east).

Infections are rising again in the United States
In other parts of Asia, a lockdown was imposed in Ho Chi Minh City, Vietnam. As of Friday, nine million people will have to stay in their homes for two weeks, after 8,000 injuries were recorded in the city.

As for South Korea, which was considered a model in terms of the way to tackle the virus, it announced about 1,300 new infections, Thursday, at the highest toll since the epidemic appeared.

The Australian government indicated, on Thursday, that it will speed up the delivery of 300,000 doses of vaccines to Sydney, at a time when the country’s largest city, which is witnessing a closure for the third week in a row, is facing difficulties in controlling the Delta outbreak.

The delta mutant caused an increase in the number of Covid infections in the United States, the country where vaccines were most available, according to health authorities data.

On the other hand, a spokeswoman for the Tunisian Ministry of Health, Nissaf Ben Alaya, said Thursday that the health situation is “catastrophic” and the health system has “collapsed” in the country, which is recently recording unprecedented numbers of injuries and deaths locally due to the outbreak of the epidemic.

In Brazil, which recorded the second highest reported number of deaths from Covid, the authorities confirmed that the delta began to spread rapidly in the most populous state of Sao Paulo in the country.

In Europe, France warned its citizens, on Thursday, against traveling to Spain or Portugal for their holidays, due to the high number of injuries caused by the delta in the two countries.

Situation of youth during pandemic

The health situation has deteriorated sharply in recent days in Spain, with a large number of Covid-19 infections recorded among young people, and Catalonia (northeast) decided on Tuesday to re-impose health restrictions.

In Portugal, the proportion of the delta mutant among the total number of coronavirus infections in the country rose to about 90%, according to reports.

On Wednesday, Algeria crossed the threshold of 500 daily infections with Covid-19, for the first time since November 2020, at a time when fear is increasing in the most populous country in the Maghreb of a new epidemic wave.

In Russia, which last week recorded a record number of daily deaths in Moscow and Saint Petersburg, the situation is getting worse, while the vaccination campaign for the population is very slow. 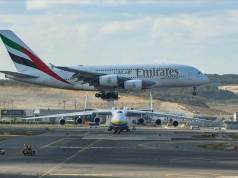 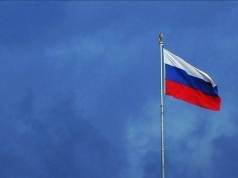