Cuba witnessed rare popular protests, the first of its kind in minds, over two days that accompanied the worst food and economic crisis the country has known for decades amid the outbreak of the Coronavirus pandemic.

While analysts doubted that these demonstrations would lead to a fundamental change in the regime, some assert that they broke the barrier of fear imposed by a repressive regime that imposed its control over the country more than 62 years ago.

The newspaper The Wall Street Journal quoted human rights activists that the Cuban authorities had intensified their crackdown on activists and demonstrators, yesterday, Monday, as they deployed security forces throughout the country, and arrested more than 100 people, in conjunction with cutting off the means of communication with the outside world.

Rodriguez, 31, pointed to the spread of security patrols that were parked near the legendary Revolution Square in the capital, where the communist government-organized mass rallies in support of the regime.

Three factors behind the protests

According to Time magazine, 3 main factors stand behind these rare protests in the country, topped by the emergence of the worst food shortage crisis in a quarter of a century, and the failure to deal with the emerging pandemic of the Coronavirus, in addition to social media platforms that contributed to Angry public opinion mobilized to go out in protest rallies.

As a result, thousands participated, on Sunday, in the largest wave of anti-government protests that Cuba has witnessed since the communists seized power in 1959, and what distinguished these demonstrations was that they took place in several cities of the country and were not limited to the capital, Havana, and the demonstrators chanted slogans such as “We want Freedom” and “Down with Dictatorship”, while one of the videos that spread on social media platforms showed a protester shouting: “We are no longer afraid, we do not want more oppression and dictatorship.”

Political analyst, Arturo Lopez Levy, explained to the American magazine that what is happening in his country is a “watershed moment”, stressing that: “The first time in 62 years that we have seen non-local protests (limited to a neighborhood or town) .. if the government cannot control On the economic and health conditions, we do not know how the crisis will develop in three or four months.”

For his part, the Cuban opposition blogger Yoanni Sanchez expressed his happiness with the protests, which, according to him, were sparked from the San Antonio de los Baños Square to “ignite the dry grass of social anger,” while Cubans around the world shared pictures on the Instagram application that read: Asking for help is not a crime.”

The head of the Cuban Observatory for Human Rights, Alejandro González, a Madrid-based organization founded by former Cuban political prisoners, says, “I was astonished by these spontaneous protests that were not coordinated or prepared.”

“Her spontaneity shows anger and how intolerable the situation is,” he added, noting that his organization estimates the number of protesters and opponents who have been arrested at more than 100, while other civil rights groups have documented the arrest of at least 80 people, but they believe The real number of detainees is likely to be much higher.

And about his experience in the demonstrations, the civil engineer and human rights activist, Alfredo Martinez Ramirez, told the Washington Post that he had previously participated in a small protest gathering in the capital, Havana, with some artists and intellectuals, “but the gathering did not gain popular momentum, and therefore these protests are different. “.

“It was the moment that many of us have been waiting for…there were people who were not politicians or intellectuals but marginalized people from different social classes,” Martinez, 29, said. “Everyone is tired of this reality and they are now standing together and screaming.” For freedom, the people are hungry and the feelings of fear have left them.”

Not out of this context is the dissident Cuban writer Ernesto Hernandez Busto, who considered what is happening “the end of an era in which there was deep fear … what happened represents a huge transformation.”

It seems that the popular movement that surprised Cuban President Miguel Diaz-Canel made him blame, according to observers, the poor situation in the country on the sanctions imposed by the administration of former US President Donald Trump, for not cooperating in the fight against terrorism.

Cannell had blamed Washington, describing its sanctions as “a policy of economic strangulation”, and at the same time claiming that the protesters are mercenaries hired by America in order to destabilize the country, calling on his supporters to take to the streets and defend the “gains of the revolution” that brought the late communist leader. Fidel Castro came to power in 1959.

However, Canel acknowledged Cubans’ dissatisfaction with stores that sell goods only to people with US dollars, adding: “But it is necessary to get hard currency.”

And many stores that refused to sell their goods in local currency were looted and vandalized during the protests, as people stole household appliances more than they focused on taking food, and here Alejandro de la Fuente, a professor of history at Harvard University, explains that he looted those stores. The wrath of the people who have nothing is very indicative of the social differences between a rich class that lives in prosperity and the poor who have nothing.

The Cuban economy fell by 11 percent compared to last year, with an unprecedented decline in the production of sugar, which is the main export commodity.

And if illegal immigration to the United States is an outlet for many of the poor of that island, but these protests, as Cuban opponents see it, have a different face. People “do not want to leave the country, but rather the overthrow of the repressive regime and the resignation of the country’s president,” says Juan Juan Almeida, son of one Fidel Castro’s top lieutenant, who now lives in Miami, USA.

Earlier this year, Díaz-Canel combined the position of president with the head of the ruling Communist Party, but many Cubans say this “veteran communist” lacks the charisma and charisma of the generation of revolutionary leaders who came to power with the Fidel brothers and Raul Castro.

“Nobody has the legitimacy and authority that the Castro brothers have,” says Brian Latell, a former CIA analyst who covers Cuba. “They (the current rulers) will be very ruthless, but the other notable thing is People’s feelings of fear diminished.”

In a related context, Ted Henken, a political analyst for Cuban at Baruch College in New York, asserts that the Havana government has few resources to meet the urgent needs of the country, noting that “despair is what generated the explosion and boiling of the people, and the factors that ignited it are still present.” Pointing out that “it is not clear whether the government can reach a solution to the multiple crises in the country, even if it has a desire to do so.” 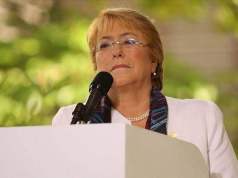