The issue of press cards is coming to the fore again in Turkey after the Committee to Protect Journalists called on the Turkish presidency’s “media department” to remove what it called “partisan obstacles” to those applying for press cards, as well as “abandon” the “speech” The hostile attitude towards them, according to what was stated in the text of the letter sent by the international organization based in New York City, to Fahrettin Altun, director of the Information Department in the Turkish Presidency.

Gulnoza Said, Europe and Central Asia program coordinator at the Committee to Protect Journalists urged Ankara to reform the mechanism for obtaining press cards in Turkey, according to the text of her letter to Altun, who heads Turkey’s only department that grants media workers. Press cards authorizing them to work within all regions of the country.

“The Committee to Protect Journalists asks you to reconsider the conditions for issuing a press card in Turkey and to establish a constructive dialogue with journalists to avoid recurring judicial battles on this issue,” the Europe and Central Asia Program Coordinator said in her letter to Altun, stressing that it is essential that media workers obtain The media is easily available on the press card and its issuance should not be subject to discrimination on the basis of the bearer’s positions or the orientation of the media outlet for which he works.

For his part, Gökhan Dormus, head of the Journalists Syndicate in Turkey, confirmed that thousands of journalists in the country did not obtain press cards without any justification for that, as he put it.

The head of the union, known by the acronym TGS, told Al Arabiya.net that “about 5,000 colleagues do not receive their cards without any reasons preventing this.”

He added, “The issue of the press card in Turkey has been discussed for several years, but unlike the issuance of press cards in Europe, which is done through professional unions, Ankara issues a government document with these cards, and this leads to the absence of the influence of professional bodies.”

He continued, “I was one of those people whom Turkey refused to grant the press card to, but I got it after a hiatus of 3 years following the case I submitted to the Ankara Administrative Court, which finally ruled that I got the card.”

The head of the union also called on his country’s government to change the current system and the conditions for obtaining press cards in Turkey.

And last April, amendments made by the Turkish State Council regarding the conditions for obtaining a press card allowed the “arbitrary” cancellation of the cards of many journalists, according to what the Committee to Protect Journalists reported on July 16 in the content of the letter it sent to Altun.

In May, Altun tweeted, “These rules will prevent those who promote propaganda for terrorism and violence from hiding behind a press card.”

Ankara is accused by media freedom organizations of deliberately not giving press cards to journalists critical of the government or those opposed to it.

The Turkish Presidency’s Information Department is the only body that issues recognized press cards in the country. It requires working for a year and 6 months, in a media outlet as a condition of obtaining it, which is a barrier for those who work independently with the media. 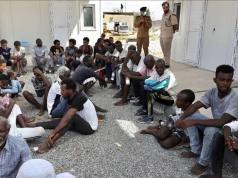