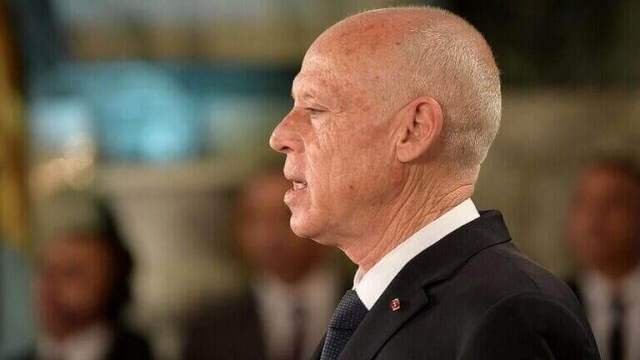 Tunisian President Kais Saied confirmed Friday that he will not turn into a dictator, in response to critics of the exceptional measures he took on Sunday, which included controlling all the ruling authorities in the country.

Said, who sacked the prime minister, froze parliament and lifted the immunity of parliamentarians, justifying his steps in a state of national emergency, said, “I know very well the constitutional texts and respect and study them, and not after all this time I will turn into a dictator, as some have said.”

The Tunisian president’s statements came during a meeting with journalists from the American newspaper “New York Times”.

During his meeting with journalists from the “New York Times” newspaper on Friday, Said said, “I wanted to meet with you today to refute and refute all the rumors promoted by the media,” stressing that Tunisia, despite the crisis it is going through, is working to guarantee rights and freedoms and that what he issued Of the decisions came based on the country’s constitution.

He added, “If you find some difficulties in some regions or departments, they are not intentional, but rather measures to preserve your safety and the integrity of the Tunisian state,” reiterating his emphasis on freedom of expression in the country.

And the Tunisian president continued, “I studied the American Constitution at the university, and after this period, I will turn into a dictator, as some promote,” explaining that those in the assembly were the ones who tampered with the capabilities of the Tunisian state, and that his decisions came to protect the constitutional institutions.

The Tunisian president affirmed his respect for judicial procedures, explaining that “no one was arrested except for those who had cases before the judiciary.”

Saeed criticized the statements of some leaders, saying: “The statements issued today by a number of leaders that they will take to the streets are against the constitution.”

The Tunisian president vowed: “I will not let them strike the Tunisian state and threaten the institutions. We bear the responsibility before the people.”