The Ethiopian authorities decided to suspend the work of three relief organizations on its lands, including the Mohammed bin Rashid Al Maktoum Foundation for Charitable and Humanitarian Works, after accusing it of violating the country’s laws and carrying out activities outside its jurisdiction.

The Ethiopian News Agency quoted a fact-finding committee as saying that “the work of 3 organizations, which are foreign institutions that were given licenses to work in Ethiopia by the Ethiopian Agency for Civil Society Organizations, has been suspended.”

The organizations concerned, according to the committee, are “Doctors Without Borders Netherlands, the Norwegian Refugee Council and the Al Maktoum Organization”, in reference to the Mohammed bin Rashid Al Maktoum Foundation for Charitable and Humanitarian Works.

The committee noted that “during the work of these organizations in various humanitarian operations, and through the follow-up of these activities by the Ethiopian agency, many violations of the laws were revealed.”

They added: “Doctors Without Borders Netherlands and the Norwegian Refugee Council have been involved in spreading disinformation on social media and other platforms, outside of their mandate and the purpose for which they were given the license to operate in Ethiopia.”

And they continued: “The three organizations have employed foreign nationals without obtaining a work permit from the Ethiopian government for more than 6 months.”

The committee stated, “Doctors Without Borders has imported and used radio and satellite communication devices without obtaining permission from the competent authorities, as members of the organization were arrested by the security forces for using devices for illegal purposes.”

The committee stressed that “accordingly, despite repeated discussions with administrative officials in all three organizations, they were unable to resolve the situation.” 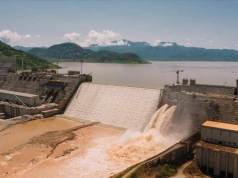 “Renaissance Dam” .. Tunisia surprised by Ethiopia’s response to the statement of the Security Council