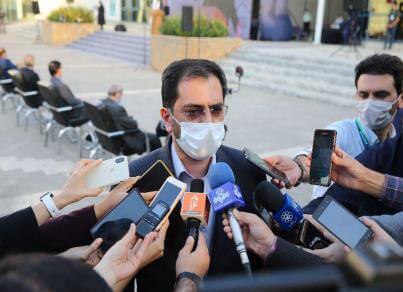 Mashhad’s new mayor, Seyed Abdullah Arjaei Shirazi, stressed that Mashhad, the second city regarded as having political and economic effects in Iran, is fully ready to accept the foreign investors by remarks as, “We turn Mashhad into an investors heaven.”

Arjaei, who lectured in his inauguration ceremony, said, “We will make an effort to increase the value of investments in Mashhad by engaging with other cities through proactive urban diplomacy.

Also, he noted on his program for Mashhad Municipality that the historical and cultural relationship with Iran’s neighbors is a priority in the incoming period of running the municipality.

Arjaei has a master’s degree in ICT, and previously served as deputy governor of Mashhad.

Holy Mashhad is the capital of Khorasan Razavi province, northeastern Iran. The city is the burial place of Ali ibn Musa al-Ridha, the eighth imam in Twelver Shiʿism, and millions of Shias around the world travel annually to Mashhad.