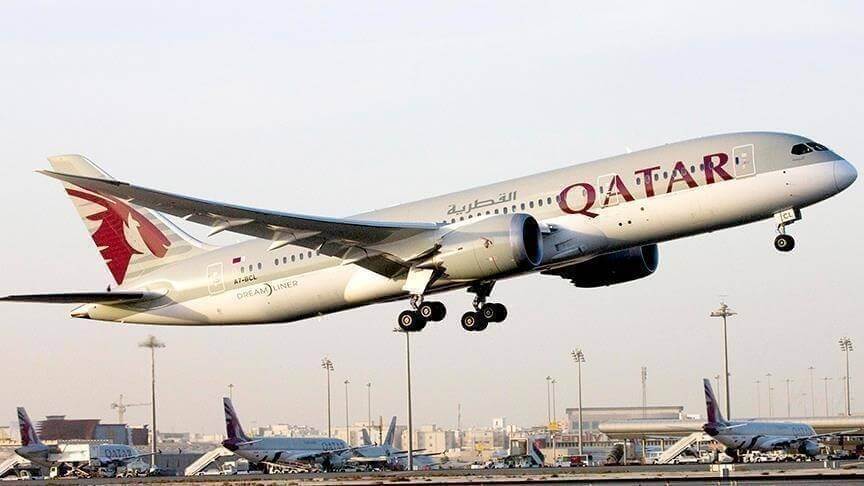 On Saturday, Qatari media announced the arrival of a third Qatari passenger plane to Doha, on Friday, with about 170 people on board from Afghanistan, the United States and Europe, who were evacuated from the capital Kabul Airport.

According to local media, this is the third flight of its kind operated by Qatar Airways after the US withdrawal from Afghanistan at the end of last month.

On 9 and 10 September, two planes carrying American and European passengers arrived from Kabul to Doha before they moved to their countries.

Qatar continues with evacuations after an agreement with the Taliban to be a safe passage.

Following the arrival of the flight, a number of officials thanked the State of Qatar for its efforts in the evacuation operations.

“The flight has evacuated more Americans and Afghans from Afghanistan,” US envoy to Afghanistan Zalmay Khalilzad said in a tweet on Twitter.

He expressed his gratitude that more Americans were able to leave on Qatar Airways.

Zalmay Khalilzad added: “As President (U.S. Joe) Biden has said, there is no deadline for Americans to stay in Afghanistan and we remain committed to getting them out if they want to come home.”

For his part, Dutch Foreign Minister Tom de Bruyne expressed his gratitude to the State of Qatar for facilitating the travel of 29 people from Kabul to Doha before their return to the Netherlands.

Belgium also thanked Qatar for its cooperation in evacuating the Belgians from Kabul, according to a statement published by the Belgian Ministry of Foreign Affairs.

In turn, the Belgian Embassy in Qatar expressed, through its Twitter account, the gratitude of its team for being able to welcome the Belgians to Qatar after an arduous journey from Kabul.

She thanked the Qatari Ministry of Foreign Affairs for its efforts in evacuating the Belgians.

On September 7, the Taliban announced a cabinet line-up to be a 33-member caretaker government in Afghanistan.

Last August, the “Taliban” movement took control of almost all of Afghanistan, including the capital, Kabul, in parallel with a final stage of a US military withdrawal that was completed on the 31st of the same month.

Qatar hosted negotiations between Washington and the Taliban, which culminated in their signing, on February 29, 2020, of a peace agreement that stipulated the withdrawal of US forces from Afghanistan.

Doha also hosted negotiations between the “Taliban” and the Afghan government, before events accelerated and the movement took control of the Asian country.